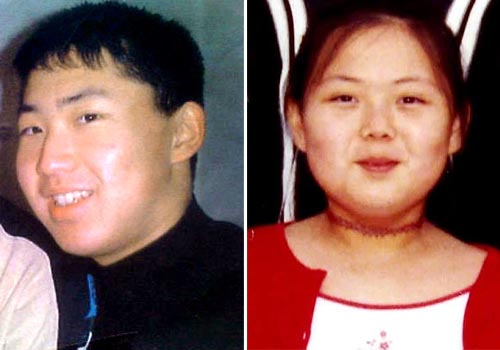 A photo believed to be a young Kim Jong-un, the third and youngest son of reclusive North Korean leader Kim Jong-il and his heir apparent, was released yesterday. The photo obtained by Yonhap News is presumed to show Kim Jong-un when he was attending the International School of Berne in Switzerland. At right is a photo of a girl believed to be his younger sister, Kim Yo-jong, also taken in Switzerland when she was attending a public school in Bern. [YONHAP]