A punishment equal to the crime

A punishment equal to the crime 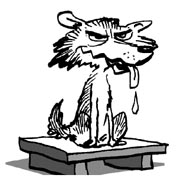 Lately, I’ve been thinking about the 2007 film “Seven Days.”

In the film, a woman’s daughter is ruthlessly killed while resisting a criminal who is trying to rape her. The woman goes crazy with rage and decides to take justice into her own hands. She kidnaps the young daughter of the lawyer who is defending the murderer and threatens to hurt the child unless the lawyer acquits the murderer within seven days.

The lawyer gives in and the murderer is released. He receives a message from the mother of the dead girl: “For you, hanging is a luxury.” Not long after his release, the mother kidnaps the murderer and burns him alive.

No form of legal justice could satiate the mother’s grief. She had to exact her own punishment to rectify the killing of her precious daughter.

A similar story line can be found in John Grisham’s book “A Time to Kill,” which was adapted into a movie in 1996. A 10-year-old black girl is raped by two white men in the southern U.S. The crime was brutal and motivated by racial hatred. The father of the girl is distraught. Remembering a similar case which occurred a few years back when a black girl was raped by a group of white men and the men were acquitted, he decides to take the law into his own hands. He kills the men on the day of their trial.

Examples of parents exacting their own punishments for crimes against their children can be found throughout history.

The Code of Hammurabi from Babylon in 1790 B.C. established the principle of “an eye for an eye and a tooth for a tooth.”

Similar passages can be found in the Old Testament, too. In Genesis, when Jacob’s daughter Dina was raped, her brothers flocked to the culprit’s house and killed not only him but also all the male members of his tribe. For the brothers, an eye for an eye wasn’t enough; they wanted the bodies of a whole family as punishment.

Last week, parents all over the country felt their blood boil as news came out about the brutal rape of an 8-year-old schoolgirl. A temporary construction worker named Kim Su-cheol allegedly abducted the girl right from the school playground.

Police officers who arrested Kim had to keep themselves in check. One officer admitted, “As the father of a daughter, I feel like beating him to death.”

The victim’s father was mortified when he learned that Kim would get a maximum of only 17 years in prison for the crime.

We live in an era when legal justice and the human rights of criminals are respected. But it may be time to impose harsher punishments on inhumane criminals like Kim. If the law does not fully respect the pain of parents, there is no guarantee that they will not find a way to exact a more equal punishment.