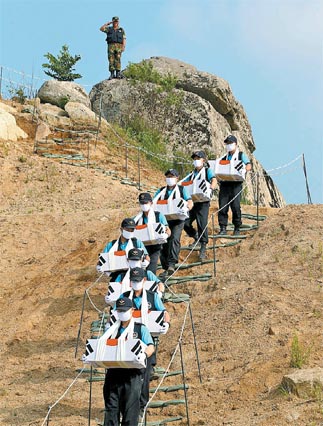 Soldiers of the 15th division of the Korean Army carry the remains of soldiers exhumed from a peak in Cheorwon, Gangwon. The peak was the site of a fierce battle between the South Korean Army and the Chinese Army from August to September 1951. By Oh Jong-taek