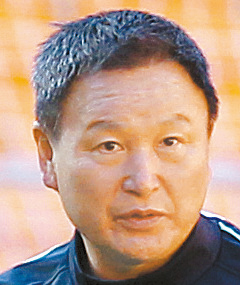 JOHANNESBURG - South Korea manager Huh Jung-moo admitted Wednesday he was impressed by North Korea’s performance in their 1-2 defeat by Brazil at the World Cup.

Huh’s South Korea side faced Argentina in Group B last night, but the 55-year-old praised the North Koreans, his delight a rare bright spot between the two Asian neighbors as political tensions once again grip the region.

“Even though they lost, they [North Korea] played with a lot of confidence and did a good job,” said Huh.

After a resilient first half, the North Korean defense finally cracked as Brazil’s Maicon scored a superb goal before Galatasaray’s Elano made sure of victory with the second before Ji Yun-nam netted with a consolation effort.

“We thought about what would have happened if we had been in their shoes,” Huh said. “We learned a lot from the game and we were inspired by their performance.”

The recent sinking of a South Korean warship blamed on North Korea has inflamed tensions on the Korean peninsula between the communist North and its neighbors.

Huh said there has been no contact between the North and South Korean teams at this World Cup. AFP