Experience or a lesson in absence?

Experience or a lesson in absence? 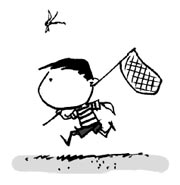 At primary schools in Seoul, an unprecedented event took place when the new semester started in March 1997. There were vacant seats in almost all of the classes - and it was a frequent occurrence. That was because there were a lot of students who, with the permission of school authorities, were allowed to miss three to four days of school at a time. These students took part in family events such as memorial services for ancestors, wedding ceremonies or family vacations. Their absence was permissible due to the implementation of a program that allowed students to miss class for the aforementioned reasons - but still be counted as present.

The person who introduced this “experience study” system, which has now taken root at schools nationwide, was You In-jong, former Seoul education superintendent. The system aims to “provide students with an open education through direct contact with life and the environment beyond the walls of the school.” It was plagued with problems from its inception. When the system was still in development, a media outlet did a report on it in 1996 and as a result You became the subject of heavy criticism. Many people were of the opinion that it didn’t make sense to let students skip class just to go on a field trip. Even the Education Ministry reacted to the program with indifference.

But You stood firm. In the following year, he implemented the system at schools in Seoul. In the beginning, parents had mixed feelings about it, but they began to change their minds after they saw the system at work. When education offices in the provinces started bringing the system to their schools, the Education Ministry finally offered its support. In the enforcement ordinance of the education law, the ministry provided the legal grounds for experience study programs at schools nationwide. It was a rare case in which a national policy was created based on an idea from a local education office.

Experience study is just what the name implies: learning directly from one’s own experience. According to education scholars, the best time for this type of study is during primary school, when the five senses develop the most, and it cannot be replaced by anything else. In the human brain, the parts that control emotion and memory are close to each other, which is why the memory of an incident that leaves a strong impression on us can be recalled vividly later on. The same is true for education.

These days, the education community is up in arms because of the controversy over the Nationwide Scholastic Achievement Assessment Test, which was administered on Tuesday. More than 400 students refused to take the test, opting instead to go on field trips or participate in other forms of experience study.

It is pitiful to see students refuse to take a test. But I wonder how their refusal to take the test will compare to the experience of actual study, and what lessons we are really teaching our students.