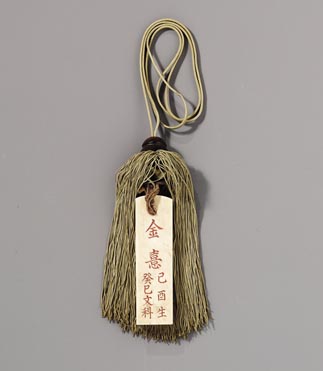 
During the Joseon Dynasty (1392-1910), every man above the age of 16 had to carry an identification tag. The tag displayed the holder’s name, year of birth and the date and authority of issue. However, the materials from which the tag was made varied depending on the individual’s class and job. For example, high-ranking officials in 1677 had identity tags made of ivory or cow’s horn while common people had tags made of wood.

Young men would receive an identity tag when they were added to the family register. However, because the tag also recorded information on a person’s military service, men would often shed or change the information on their tags in order to evade those duties. To counter this practice, the government later enacted laws against identity tag forgery and removal.