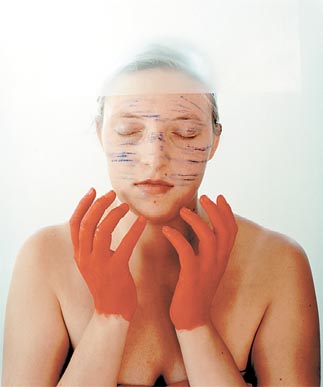 “Anna Pertl After a Beauty Photo by Eric Traor” by Tina Bara is part of the exhibit “Chill the Soul,” which features 11 German photographers. Provided by Dong-gang Village of Photography

The Dong River, or Donggang, in Yeongwol County, Gangwon Province, is known for its beautiful scenery, water sports and the nearby limestone caves. But these are not all the charms the area has to offer.

Yeongwol County also plays host to the annual Dong-gang International Photo Festival, which has brought the works of renowned and emerging artists to the streets and exhibition halls of this rural village every summer for nearly a decade.

The ninth edition of this monthlong event opens on Friday and closes Aug. 22.

The festival features a collection of exhibitions, including “Chill My Soul,” which displays 100 photos by 11 German artists. 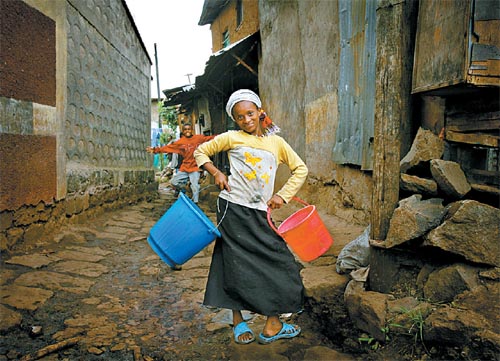 Some of the photos in this exhibition - such as a photo by Linge showing a woman with a skinned rabbit in her arms in the same pose as that of the woman in the Leonardo da Vinci painting “Lady with the Ermine” - are shocking.

Others are softer, such as “Anna Pertl After a Beauty Photo by Eric Traor” by Tina Bara.

The show runs until Sept. 26, one month longer than the duration of the festival, at the Dong-gang Museum of Photography.

The curator of the Chill My Soul exhibition, Kai Uwe Schierz, and some of the participating photographers will be present for a discussion with museumgoers at the country office from 2 to 5 p.m. this Sunday.

Another exhibition in the festival is “Women on the Planet,” at the Dong-gang Museum of Photography’s outdoor gallery.

The show features images of women of various ages, statuses and nationalities by six local photojournalists.

“A woman is not just a concept that is the opposite of man. In fact, women embrace the men,” Choi Jae-yeong, one of the photojournalists, said in a note for the exhibition. “Strictly speaking, the history of mankind is a series of steps taken by great women.” 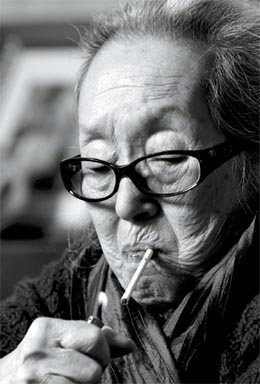 A photo of an African girl by Park Sang-mun, above, and a photo of the famous writer Park Kyung-ree by Choi Jae-yeong are part of the exhibition “Women on the Planet.”

Choi’s works express the turbulent modern history of Korea through the faces of local women who range in stature from a famous artist to an anonymous old woman.

Among these is a photo of Park Kyung-ree (1926-2008) smoking. Park is an important figure in modern Korean literature, and is well known for having written epic sagas.

“The cigarette smoke of an old writer is more sacred than the aroma of incense in a Buddhist temple,” Choi said about the photo.

Another artist, Park Sang-mun, will show photos of women working in Africa whom he describes as “modern-day Eves trying to save their families.”

Park Jong-wu will present photos of underpaid female laborers in underdeveloped Asian countries. Seok Jae-hyeon will show a series of images at bars exclusively for male customers in the Philippines.

“In reality, life is not easy for women who sell their bodies by dancing onstage under the spotlight,” Seok said in an exhibition note. “For most of these dancers, the movements, gestures and acts they perform on stage are akin to struggles for survival.”

Jo Seong-su shows photos of women in the Islamic world; he wrote in an exhibition note that he took these photos to show the women undisturbed by a Western point of view. Im Jong-jin will show photos of women in North Korea “outside the frame of ideology.”

The festival will also have separate exhibitions by photographers based in Gangwon and Yeongwol County. An exhibition that features photos by seven artists depicting traces of the Korean War will be held in a student gymnasium.

*The Dong-gang International Photo Festival opens on Friday in Yeongwol County, Gangwon, and runs through Aug. 22. For more information, visit www.dgphotofestival.com or call (033) 370-2227