We’re worth more than $6 million

We’re worth more than $6 million 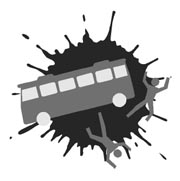 How much does a person cost? You’ve heard the joke that the value of a human body is only a few dollars since 70 percent of it is made of water. In 1976, biochemistry professor Harold Morowitz of Yale University tested the claim. He categorized the components of a human body in detail and looked up the prices of all the chemicals that composed the human body, such as hemoglobin, albumin and collagen. The average price per gram of a human body is $245, he calculated. So a man who weighed 76 kilograms (168 pounds) would be worth about $6 million after subtracting the water.

That makes every one of us, in fact, a Six Million Dollar Man, like in the popular 1970s television series. Professor Morowitz later admitted that putting a price tag on a human being was inappropriate.

Ford Motor Company got into trouble when it put a monetary value on human life in the so-called “Pinto Memo” scandal. In the 1970s, the Pinto was one of the most popular and best selling compact car models in the United States. However, the car had a structural problem that could lead the fuel tank to catch fire in a rear-end collision. There was a report that the flaw resulted in hundreds of deaths and even more burn injuries. In 1981, the families of some of the victims filed a lawsuit, and they provided a cost-benefit analysis from Ford as a crucial piece of evidence at the trial.

Ford estimated that the explosions of the fuel tanks would result in 180 deaths and 180 burn victims, and calculated that each death would cost $200,000 to settle, and each injury $67,000. Adding up the liability to compensate for damage to the cars, Ford estimated that it would cost $49.5 million to settle lawsuits from the defect, while installing safety devices to fix it on every Pinto produced would cost $137.5 million.

So Ford concluded that the cost of preventing accidents was greater than the benefit and neglected to fix the known problem. Ford came under severe criticism for realizing the risks of explosion but not taking immediate action, instead putting a monetary value on human life. Ford had to pay millions of dollars to the victims’ families in compensatory and punitive damages and changed the design of the car completely, but its name was already tainted for its callous, inhumane neglect.

The unexpected explosion of a compressed natural gas (CNG) bus revealed similar dangers to human lives. Although the government announced that it would reinforce safety measures, it is not likely that people will get over the feeling of frustration and anger easily. The government failed to take action, and companies were reluctant to spend more money to install safer gas tanks and devices even after they became aware that CNG buses could turn into “moving bombs on the road.” Maybe both the government and bus companies considered human lives too cheap.