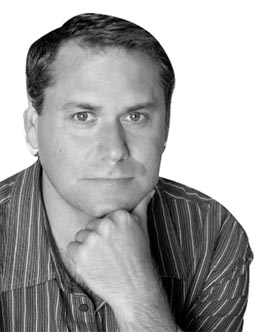 Even if you don’t know who Josh Selig is, you’ve probably heard of the American television series “Sesame Street” and “The Wonder Pets!”

Selig, the founder and president of Little Airplane Productions, used to work as a child actor on Sesame Street, one of the world’s longest-running TV programs for children. So he probably didn’t expect that he would later become a writer for the same show or that he would eventually launch a company dedicated to producing his own shows for children.

But that’s exactly what he did.

Established in 1999, Selig’s Little Airplane Productions has two well-known children’s shows to its credit: The Wonder Pets! and “Oobi,” among other productions.

The Wonder Pets even won an Emmy Award in 2008 for Outstanding Achievement in Music Direction and Composition.

Selig was in Seoul last month to participate in two festivals, where he spoke about how Korean children’s shows can gain traction here and overseas. He is also working on a new series that will air on the BBC in the future.

The Korea JoongAng Daily interviewed Selig via e-mail about his interests and passion for children’s television.


Q. How did you become interested in making children’s television? 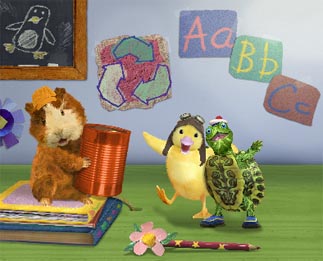 A scene from “Wonder Pets”

A. I believe that human beings peak at age 4. At 4, children are very focused on the important things in life, like their family, their friends and making artwork. In contrast, most grown-ups are focused on unimportant things like money, status and power. By making shows for preschoolers, I think I serve the better audience.

I always want to create shows that will be as interesting for me to make as they will be for families to watch. And we never want to repeat ourselves so we’re always experimenting with new ways to tell our stories.

What tips would you give Korean children’s television producers who are trying to catch the attention of North American television networks?

I think that North American broadcasters care a lot about quality writing on a show. It’s just as important as the design.

In Korea, children’s television is less profitable than programs for adults. For this reason, Korean kids have fewer choices. What is it like in the United States?

Children’s shows are typically not very profitable anywhere in the world. But I don’t think a producer of children’s shows should be motivated only by profit.

Making preschool shows should be motivated by something deeper and more important than money. It isn’t so much a job as it is a calling.

In the United States, very few companies succeed at making children’s programs and therefore the industry is quite small at the moment. But those who remain in the business tend to be very passionate and care deeply about the quality of the shows that they make. To succeed in the international market, quality is the defining factor and this includes quality writing.

What is the most important thing for you when you produce a new show?

If I don’t feel that the show will contribute to the world in some way, creatively and educationally, then I won’t make that show.

If I’m going to pitch a show, I have to love the idea and be willing to give up years of my life to the production of that series. I don’t pitch a show based on what I think a network is looking for. I pitch the show I want to make and then I hope that the networks will respond to that idea. And, of course, I do whatever I can to convince them to like the idea!

Have you ever seen a Korean or Asian children’s show? If so, was there one that caught your attention?

I have seen many Korean and Asian shows and I think that some of the finest design and animation work in the world is being done in Korea right now. I believe that Korea has paid its dues animating other people’s shows and is now ready to create and produce its own original series for the international market. I have no doubt that many original Korean series will become hits all over the world in the coming years.

What are you working on now and what are your plans for the future?

We are currently in production on a new series for the BBC called “Small Potatoes.” It’s an adorable show about four cute singing potatoes. We have also partnered with Spin Master Entertainment, the makers of “Bakugan,” on a brand new preschool series called “Suzy Takes the Stage” that we will be bringing to MIP Jr. and MIPCOM in Cannes at the end of the month. It is a beautiful new series that features a brand new style of animation that we call “Theater Arts Animation.”