Going to the Party’s party ­

Going to the Party’s party ­ 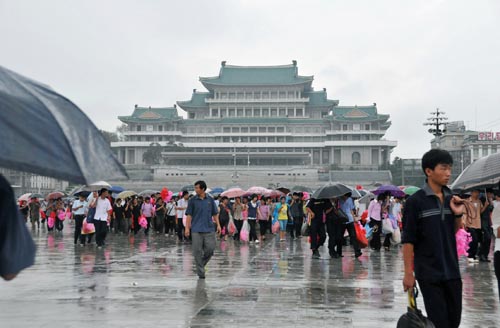 In this photo released by China’s Xinhua News Agency, Pyongyang citizens leave a rehearsal for a ceremony at the upcoming Conference of the Workers’ Party of Korea in Pyongyang on Sunday. North Korea is preparing for its largest political meeting in 30 years, and leader Kim Jong-il is expected to appoint his youngest son to a key position, setting him up as his successor. The exact date of the meeting has not been announced. [AP/YONHAP]