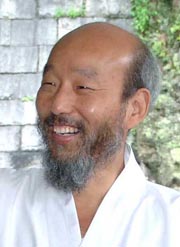 A South Korean pastor who was arrested last month after making blistering critiques of his government during an illegal trip to North Korea was indicted on charges of violating the National Security Law, prosecutors said yesterday.

Rev. Han Sang-ryol, a pro-North Korea activist, had been in the North for about 70 days, giving a series of speeches praising the Pyongyang regime and denouncing the Lee Myung-bak administration in the South.

Technically still at war with the North after the 1950-53 Korean War ended in a cease-fire, not a peace treaty, South Korea’s National Security Law prohibits its citizens from traveling to the North without prior government permission.

The pastor returned on Aug. 20 by walking across the border village of Panmunjom.

Han, who was released on bail in November last year after being convicted for his participation in the 2008 candlelight vigils against the resumption of U.S. beef imports, was not allowed to leave the country. He flew to Pyongyang on June 12 by way of China under the veil of a mission trip, the Seoul Central Prosecutors’ Office said.

Han is also charged with leading outdoor rallies to demand the removal of a statue of U.S. Gen. Douglas MacArthur in 2005 and the withdrawal of U.S. troops in South Korea under instruction by North Korean agents in 2006, prosecutors said. Relations between the two Koreas are currently at their lowest ebb in years after the South condemned the North in May over the deadly sinking of its warship Cheonan in March. Pyongyang has denied its involvement.