This is no ordinary Chuseok

This is no ordinary Chuseok

Pop starts take a shot at teuroteu. By Oh Heung-suk

A common description of Chuseok, Korea’s harvest holiday, involves bountiful harvests of apples, rice, pears, persimmons and oranges. Families around the country feast on the toils of the long, hot summer after paying tribute to their ancestors.

But this Chuseok has a different feel to it.

Three typhoons, Kompasu, Malou and Meranti, badly damaged the country’s crops. While most of the summer saw unseasonably high temperatures that made life miserable for most farmers. The “hums” of housewives in the market have been replaced with “sighs.” Prices of fruits and vegetables have soared, putting added burden on families.

But there is a silver lining. As expensive as the fruit is, and as much as hurricanes have caused damage to parts of the country, nothing can wipe the grin off the nation’s workers. The reason: Chuseok falls in the middle of the week this year. 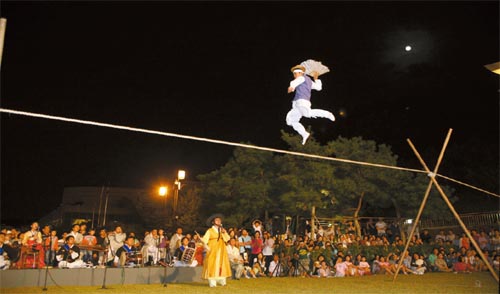 Since Chuseok officially lands on Tuesday, Wednesday and Thursday, some workplaces and schools gave their employees Monday or Friday off (or both), allowing some people up to nine days off.

If you haven’t decided what to do with all your time off, the JoongAng Daily has some suggestions.

For those who have chosen to forego atrocious traffic for the comfort of their own living room, TV programs can and should keep you occupiied. If you want to get out a bit, outdoor events within the city are lined up and ready to go throughout the week.

Trot, a genre of music popular with the older crowd, is not considered the exclusive property of the past generation anymore.

The concept of this show is a competition between idol stars in which they demonstrate their trot skills. 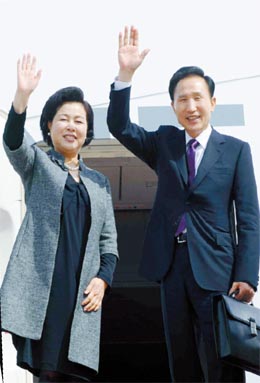 Appearing on the show are pop stars that have only recently found fame.

Four Minute, Miss A, U-Kiss, Lee Ru, Tiara, sista, and a member of idol groups Shinee and f(x) are going to add their own musical colors to this long-loved genre.

An ongoing drama to commemorate the 20-year anniversary of SBS, “Giant,” which has aired 36 of 60 episodes, has been re-edited and condensed to six episodes and will be aired during Chuseok.

The regular Monday and Tuesday night drama scored a 24.8 percent audience share on Tuesday, according to TNmS, the largest TV audience research company in Korea.

President Lee Myung-bak and first lady Kim Yun-ok will be guests of honor on this morning talk show on the first day of Chuseok.

It is the first time a sitting president will appear on the popular show.

As part of the program, some of President Lee’s old acquaintances will get a chance to meet him again on air.

Two in particular will be a couple who sell flour bread on the street in Insa-dong, central Seoul, and a sales lady at Guri Agricultural and Marine Products Wholesale Market.

It is a cross between a sitcom and reality show. Actor Lee Gye-in is the father of four sons, all of whom brought home non-Korean girlfriends. 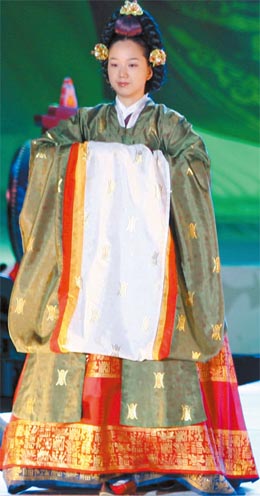 A woman dressed in hanbok. Provided by Unhyeon Palace

Sayuri and Bronin, who gained fame on the talk show “Misuda,” or “Chatting with Beauties” act as future daughter-in-laws to Lee. The challenge: gain Lee’s permission to wed their sons.

Unlike previous festivals that were held the weekend before Chuseok, this year the event will take place on the day of Chuseok for the benefit of those that decided to stick around Seoul over the holidays.

The performances will allow the audience to experience traditional performances that are combined with a touch of modernity.

The B-boy team Envy Crew will take the stage with the non-verbal group Hanul Sori to present a crossover performance.

To get to the National Theater of Korea, go to Dongguk University Station, line No. 3, exit 6.

Ten Korean chefs will participate in making Chuseok bibimbap with visitors from Tuesday to Friday. Rice cakes and makgeolli cocktails will be given out.

It will take place in four categories: an exhibition zone showing Korean cooking utensils; an experience zone, where cooking and tasting sessions are available with cooking lectures by professionals; a competition zone, where different types of Korean dishes will be introduced and tasted; and a market zone where the ingredients for cooking Korean dishes can be purchased.

To get to the event, go to Jamsil Sports Complex Station, line No. 2.

Unhyeon Palace, the private home of Heungsun Daewongun Lee Ha-eung (1820-1898), and former residence of the first Korean emperor, Gojong, until he was 12-years-old, is hosting a royal-garments fashion show.

Because the palace maintains the traditional royal and aristocratic culture of the Joseon Dynasty, the fashion will reflect the wardrobe of the aristocracy in their everyday lives.

A different music genre will be played each day for 90 minutes. Notable performances: Kings Ensemble on Tuesday; Gayo Top 10 on Wednesday; percussion group Jamstic on Thursday. Concerts will begin at 7:30 p.m. For more information, go to www.hangang.seoul.go.kr.