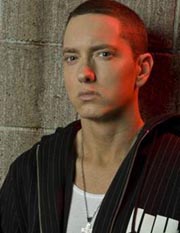 Rapper Eminem and country music band Lady Antebellum led nominations for the 2010 American Music Awards on Tuesday, but Lady Gaga earned just two nods despite dominating the music industry for the past year.

Eminem, back on top of music charts with a best-selling album “Recovery,” and Lady Antebellum earned five nominations each, closely followed by teen idol Justin Bieber, 16, with four. Bieber and Eminem will compete with Lady Gaga, “California Gurls” singer Katy Perry and newcomer Ke$ha for the artist of the year award, the biggest prize, at a televised live ceremony in Los Angeles on Nov. 21.

R&B artist Usher, hip-hop singer B.o.B, Ke$ha and Perry collected a total of three nominations each. Nominees for the American Music Awards are determined by radio airplay, retail sales, activity on social networks and video viewing. Winners will be determined by members of the public through online voting, organizers said. Tuesday’s nominations were the second year in which glam star Lady Gaga has failed to make a mount a major showing at the American Music Awards - one of the biggest music award shows in the industry after the Grammys.

The flamboyant singer of hits like “Telephone” and “Bad Romance” went home empty-handed from the AMAs last year but later became the biggest winner in 23 years at the MTV Video Music Awards in September, winning eight prizes.

Lady Gaga has 20 million followers on Facebook and her 2008 album “The Fame” notched its 100th week on the Billboard charts earlier this month. On Tuesday, her nominations were limited to favorite female artist and artist of the year.

Nashville trio Lady Antebellum, who made their debut in 2007, picked up nods for favorite band, country album for “Need You Now”, country band, breakthrough artists and favorite adult contemporary artists.

Taylor Swift, 20, who won a leading five American Music Awards in 2009, got just one nod this time in the country female artist section.

Singer Chris Brown, who has struggled with his image since a 2009 assault on his then girlfriend Rihanna, picked up a nod for favorite male R&B artist. Rihanna will compete against Alicia Keys and Sade in the female artist R&B category.

In other nominations, the cast of TV musical comedy “Glee” picked up a nod for best soundtrack, along with vampire movie “The Twilight Saga: Eclipse.”