Phoenix not in line to play Hoover protege: Eastwood

Phoenix not in line to play Hoover protege: Eastwood 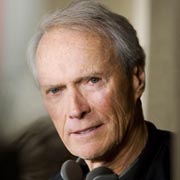 Director Clint Eastwood on Monday shot down rumors that Joaquin Phoenix might return to acting by portraying J. Edgar Hoover’s protege and purported lover in a biopic on the controversial, first FBI director. Eastwood told Reuters that Leonardo DiCaprio was definitely lined up to play Hoover. But Phoenix, who recently revealed his charade to quit acting and become a rap singer, was not in talks to play Clyde Tolson.

“It’s a great role for him,” Eastwood said, adding that the film’s makers were “in the process” of signing contracts with DiCaprio.