Victory in winning without a fight

Victory in winning without a fight 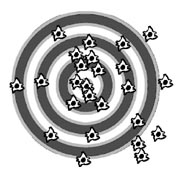 It is Stalingrad during World War II and a marksman who was a peasant before the war emerges from the ruins to kill German soldiers with his Mosin-Nagant rifle.

Although the scene described above is from the 2001 film “Enemy at the Gates,” directed by Jean-Jacques Annaud, the marksman was a real person named Vasily Zaytsev. It has been said that Zaytsev killed 242 German soldiers during the war. And the rifle he used is said to be displayed at the Stalingrad History Museum.

The advent of guns shook the hierarchy of man. The warriors and “men of great strength” who dominated the battlefields in the old days were cleared away when rifles arrived. In the film “Raiders of the Lost Ark,” which helped Steven Spielberg make a name for himself, a man who brandishes a sword drops to the ground in an instant when Indiana Jones fires his gun.

In an age like this, who are our men of great strength? Even the Terminator, Arnold Schwazenegger, fights with guns nowadays.

Weak men welcome guns. They get excited at westerns when the handsome protagonist defeats the villain. And they shout for joy for the gunman with pistols in both hands.

But guns have destroyed the traditional power hierarchy.

The spirit of fair play has disappeared. Instead, macho men resort to dirty tricks and foul play.

The inspiration for the gun can be traced back to the New Stone Age. It has been said that human beings learned the power of stored energy when they saw trees twisted by the wind restored to their original state. That was how the bow and catapult came into being. Afterward, gunpowder was all the rage for its ability to project stored energy all at once.

Today, firepower is no longer an issue. We have all we need.

The bigger problem is accuracy.

That’s why the sniper in the movie “Double Target” (1987) calculates direction and wind speed to hit his mark. But hitting a target with one bullet is only possible in a movie. During the Vietnam War, some 20,000 rounds were sometimes fired to kill a single enemy.

The marksmanship of North Korea’s heirapparent Kim Jong-un is the talk of the town — he is said to be able to hit his mark every time. Legend has it that he started shooting at the age of 3 and can hit light bulbs and bottles 100 meters away without missing. He even hits his targets right in the centre, according to North Korean propaganda.

In comparison, the accuracy rate of South Korean soldiers is very low: One in 10 soldiers are below 60 percent accuracy. Is that because they are better at touching a button than using a trigger?

Don’t they know that in war, the real victory is winning without a fight?