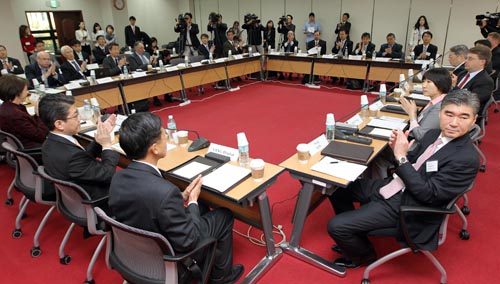 
An annual multilateral forum, organized to discuss security in Northeast Asia, opened in Seoul yesterday without one of its critical members - North Korea.

Government officials and academics from South Korea, Japan, China, Russia and the United States are expected to discuss security cooperation in northeast Asia during the two-day conference.

The U.S., founder of the Northeast Asia Cooperation Dialogue (Neacd), said that North Korea was “not quite ready” to send its delegates this year.

The six-party nuclear talks have been stalled since December 2008 after Pyongyang walked.