Demise of reading, loss of knowledge

Demise of reading, loss of knowledge 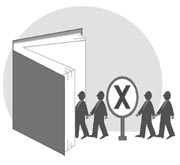 A book might not change your entire life, but you can certainly gain insight and wisdom from reading books. And finding your way with books as your guide is much easier if you have someone to direct you on your path. British philosopher and winner of the Nobel Prize in Literature Bertrand Russell said, “I heartily wish that in my youth, I had had someone of good sense to direct my reading. I sigh when I reflect on the amount of time I have wasted on finding good books.”

Rose Kennedy, the mother of former U.S. President John F. Kennedy, put great emphasis on reading as she was raising her children. She made a list of books she wanted her children to read from the time they were very young. After John F. Kennedy became president, he said that leadership and reading are inseparable. His mother recommended good books to develop a good reading habit, which later helped him become a great leader.

To Warren Buffett, his father’s library must have been like a recommended booklist. When he was eight years old, Buffett started reading the books in the library of his stock broker father, which gave him a background in securities and investment. His reading habit might have been what turned him into the Oracle of Omaha.

Jeong Yak-yong, an 18th-century Korean philosopher who was exiled by the queen, wrote letters to his son in which he urged him to read: “You need to make sure you reread the sections you have not finished in the ‘Book of History’ and the ‘Book of Rites’ this winter. Also, you must read the four classics as well as the ‘Records of the Great Historian.’”

These days, many schools have a list of books they recommend to their students. In particular, a college within Kyunghee University has a new reading program called Episteme, which provides book reports on 12 of the 80 recommended books. But the student president has started a hunger strike in opposition to the program. She says that students must read the designated books or they won’t receive their scholarships. If that is true, it would not be all that surprising, given people’s view of reading today.

The Greek philosopher Plato defined “episteme” as true knowledge. It is the opposite of “doxa,” which is belief or opinion. These days many people read only to enhance doxa, rather than to pursue episteme, and many of the books of today are acquiescing to this trend. If this continues, how are we to find guidance?