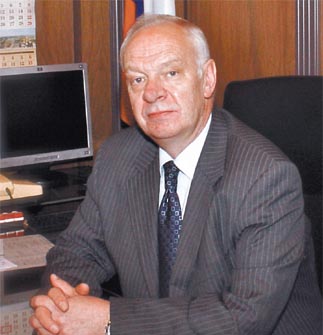 Supporting the new global order under the Group of 20, Moscow’s top envoy to Seoul, Konstantin V. Vnukov, welcomed the active participation of emerging countries in the G-20 Summit, hoping to see further cooperation to remove obstacles on the path to the post-crisis recovery of the world economy.

In a recent e-mail interview with the Korea JoongAng Daily, the Russian ambassador praised the idea of inviting not only advanced countries but also emerging economies to discuss the aftermath of the global financial meltdown and strategies for sustainable growth beyond the crisis. The interview with Vnukov focuses on the G-20 Summit in Seoul, at which 33 leaders of the world’s major economies and heads of major international organizations will meet on Thursday and Friday.

Dismissing skepticism of the G-20’s role and arguments that the global order will go back to that of the G-8 era once the sense of crisis diminishes, Vnukov stressed the importance of keeping the forum alive, praising the work accomplished by the group to overcome the financial crisis. Russia is both a member of the G-8 and G-20.

“We consider it to be important that the dynamically developing economies of China, India, Brazil and other countries, including the Republic of Korea, participate more actively in searching for answers to key challenges,” he said. “And they do it not as outside observers, as they had been at the G-8 meetings, but as full participants in the process.”

Vnukov said Russia hopes to see the G-20 leaders keep the “spirit of unity and readiness for joint resolute actions” that allowed the world to overcome the crisis and enter a path of “more delicate and sophisticated work on the world economy’s post-crisis recovery for the sake of all countries.”

He said Russia is on the course for recovery, noting that the Russian government has begun taking necessary measures to reduce its federal budget deficit by at least half by 2013, with the aim to balance the budget by 2015.

Vnukov also stressed the importance of the International Monetary Fund’s quota reform. At the previous summit in Toronto in June, G-20 leaders agreed that the reform would be completed at the meeting in Seoul. Finance ministers from the G-20 economies have agreed to the principles of the reform. (After the interview took place, the International Monetary Fund’s Executive Board of Directors approved landmark reforms, including shifting quotas or voting power from advanced economies to emerging and developing countries, late last week.)

“It is well known that Russia has supported from the very beginning the proposals made by some developing countries on redistributing voices and the definition of the new quotas within the framework of the International Monetary Fund, as well reform of the IMF’s management system,” Vnukov said. “Increasing the role and weight of rapidly growing developing economies is a long-felt need. It is quite understandable that any redistribution is a painful thing. Someone wins, someone loses. It’s always a balance of interests. However, taking into account the authority of the G-20 and the progress made at the last meeting of G-20 Finance Ministers and Central Bank Governors in Gyeongju, we have almost no doubt that the necessary result satisfying everyone will be reached.”

For the upcoming summit, Vnukov said Russia hopes that dialogue on constructing a new, more fair and transparent governance system for the international economy and finance - meeting today’s realities - will be continued in Seoul. But he stressed that it is important for the world to remember that the summit is not a magic wand, and not all problems will be settled at once.

“If sufficient arrangements on at least a number of key issues are reached, it should be considered a success, with thanks to the Republic of Korea as its well-deserved host country,” he said.