The risky art of raising a glass

The risky art of raising a glass 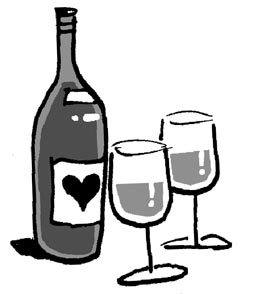 It’s time to dust off your best jokes (or write new ones) in anticipation of the ritual known as the holiday toast. A good toast can set the tone for an enjoyable evening, but a bad one can make you want to head home.

In Western culture, the toast was once a product of distrust. By drinking together all at the same time, the imbibers could confirm that the beverage did not contain poison. It was a gesture of trust and a symbol of truth.

Today, toasts are common around the world as a gesture of goodwill, health and growth.

Lee Yoon-hoo, vice chairman of Samsung Electronics, set the evening’s tone at a wine class a few years ago with a clever joke about his job as chief technology officer: “I am the CTO, the Chief Toast Officer. I have been appointed the CTO because I make such fabulous toasts.”

In January 2008, then-Prime Minister Han Duck-soo proposed a toast at a New Year’s party for entrepreneurs of small- and medium-sized businesses at the Kbiz Building in Yeouido, central Seoul. He raised his glass and said, “9988.” He followed that up with an explanation: “SMEs make up 99 percent of Korean companies and represent 88 percent of the total workforce. In addition, I hope that you all live to be 99 and enjoy good health and longevity.” The witty remark won the hearts of the entrepreneurs. When you make a toast, you are not just consuming a drink but are also spreading good cheer.

Some toasts are dangerous and risky. As a Ph.D. candidate in the 1980s, Russian President Dmitry Medvedev proposed a toast to celebrate his friend’s dissertation being approved. The toast was something to the effect of: “To the revival of the right to private property in Russia!” His fellow students and professors were stunned. At a time when there was no concept of private property in the communist state, the remark was no different from an act of rebellion. Luckily, Medvedev avoided punishment because those who heard the dangerous toast kept quiet.

In Korea, a recent toast turned heads for how offensive it was. Kyung Man-ho, vice president of the South Korean Red Cross, offered a toast that was widely regarded as derogatory to women. The toast was made during a dinner with reporters set to cover reunions for families separated by the Korean War. Both male and female reporters were present. Kyung has since resigned over the incident.

It is good to celebrate by raising a glass, but make sure you are setting the right tone.