To survive in computer graphics, adaptability is key: Expert

To survive in computer graphics, adaptability is key: Expert 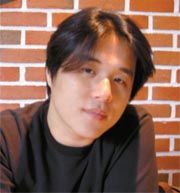 Of the many experienced digital artists taking part in Siggraph Asia, artist-director Chang Wook-sang is perhaps one of the best known Koreans in the industry.

He was the technical director for Blue Sky Studios’ 2002 blockbuster “Ice Age” and the lead lighting artists for Dreamworks’ 2003 feature animation “Sinbad.”

Chang is currently a professor at Chung-Ang University’s Graduate School of Advanced Imaging Science, Multimedia & Film, which is responsible for recent animations “Mom” and “Rail.”

Chang sat down with the Korea JoongAng Daily to talk about the fast-changing industry, as well as the significance of Korea hosting Siggraph Asia.


Q. How did you first enter the field of 3-D animation?

A. I was amazed after watching an advertisement on television in the 1990s when a man covered in metallic texture lifted up a stadium, and was deeply impressed by the images displayed. I changed my career objective and entered art school. I’ve been involved in computer graphics for 20 years now.

Tell me about your animation called Mom.

Everything started when my grandmother passed away. (After observing my mother’s loneliness), I began to question what she was feeling. That’s how the idea for Mom took off. (Mom) is different from other 3-D animations (because) the background was made from a miniature set and the characters were composited into the 12 minute piece.

I had a lot of help from FXGear for a more detailed background, along with Roh Geuk-tae (supervisor), Seong Woong (animation director), Kang Seung-hoon (production designer).

How does it feel to be in Siggraph’s Animation Theater?

Ever since my works, “Under construction” and “Only” were selected to be screened at the Animation Theater of ACM Siggraph in 1999, I have continued my relationship with Siggraph. I had pieces screened at Siggraph in 2005 and 2006.

I have high expectations for Siggraph Asia and I am happy and honored that two of the works from the graduate school that I teach, Mom and Rail, have been selected for the Seoul event.

How do you feel about Siggraph being held in Korea?

It is an unbelievable thing. An event like Siggraph being held in Korea was something that could not be imagined a few years ago. I truly hope that through this year’s event, Korea’s high-quality computer graphics become known on the global stage.

How do you feel about Korea’s struggle to join the ranks for the U.S. in terms of recognition?

Lagging behind Pixar, Dreamworks, and ILM (Industrial Light and Magic) is not Korea’s problem. They have the best technology and know-how in the world, and the United States has been producing animation for more than 100 years. I think it is the wrong approach to try to beat them in this sense. Korea is making a name for itself as an animation powerhouse in Asia, and the country’s animations are becoming stronger, particularly Pororo (a computer-generated cartoon show about a penguin).

What do you see in the future for computer animation?

The computer graphics industry is a fast-changing field. The software and hardware of three to four years ago are long forgotten and unusable - which is the same with older animations and CGI movies. These are challenging times for the people in this industry, and this is why a lot of the computer-graphics artists throw away previous skills (to constantly learn new tricks and technology).

But this can’t be the only way to survive in the world because computer graphics is just a tool to create new content.