North and South Korea made a few weeks of strained efforts last year for better relations after the Cheonan sinking in March, holding talks on humanitarian issues and reunions for families separated during the Korean War.

However, the efforts were abandoned after the shelling of Yeonpyeong Island in November, deepening the rift between the two Koreas at the close of the year.

In the coming year, the South Korean government is exploring numerous tactics to calm tensions on the Peninsula, making analysts wonder whether ties will worsen after another attack from the North or a third nuclear test, or take a turn for the better with talks or even a summit meeting.

The South Korean Ministry of Unification has said the government would extend efforts to bring about “desirable change” within North Korea, but analysts said the future for relations between the two Koreas remains uncertain.

With the impoverished state trying to smooth a succession process for the third son of leader Kim Jong-il, North Korea could make additional military attacks or possibly conduct a third nuclear test, according to a report from the Institute for National Security Strategy (INSS).

Kim Jong-il’s youngest son Jong-un is likely to receive more high-ranking posts in the Workers’ Party and the military as he climbs the ladder of power, according to a well-informed South Korean government source.

“They will keep trying to justify his legitimacy to build his image as a Songun leader,” said the source. Songun refers to Kim Jong-il’s “military first” policy for North Korea. 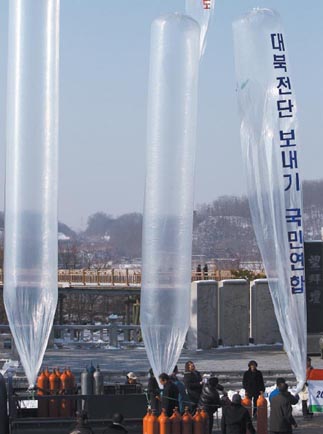 Additional attacks would be touted as Kim Jong-un’s accomplishments to give the young man credibility in the military.

Pyongyang is also expected to try to influence the presidential and parliamentary elections of 2012 with more attacks, causing confusion and dissension in South Korea and put cracks in the current hard-lined stance of the Lee Myung-bak administration. More attacks could push the administration against the wall and turn citizens against it.

“[North Korea] will attempt to induce the failure of the Grand National Party,” another source well-informed on North Korea said.

Last year, North Korea and China were seen reinforcing their ties, with Kim Jong-il making an unexpected visit to meet with Hu Jintao in August, possibly accompanied by Jong-un.

However, in 2011 the ties between the two allies may be tested, as North Korea will demand investments from China in exchange for its abundant natural resources.

China is likely to find it difficult to continue to support North Korea on a large scale amidst pressure from the international community to keep a tighter rein on the North after the Yeonpyeong Island attack. Also, North Korea will not easily open up its economy, which China wants, because the regime fears losing control of the people and their adherence to Kim’s ruling ideology.

As for talks, North Korea will continue to put pressure on the U.S. to engage it directly, as it did last year by showing a visiting American scientist a facility capable of enriching uranium for nuclear weapons. The U.S. has insisted that the North show concrete signs of sincerity before any conversations are held between the two countries.

According to the INSS report, the six-party talks may be hijacked by North Korea and used as a stage to make demands with no genuine negotiations for shutting down its nuclear weapons program, which is the intention of the talks.

A Jan. 1 editorial run in North Korean newspapers and read on official TV called for “dialogue and cooperation” with Seoul and said that “people of the North, South and everywhere else in the world join forces to open a new era for self-unification.”

However, it also insisted that peace on the Peninsula was maintained “as a result of perseverance from the North,” which indicates North Korea may keep up military threats while requesting talks with the South simultaneously to play the situation to their advantage.

The research institute for security also pointed out that the South Korean government currently “has little prepared in means of cooperation between ministries” in case of a sudden change in North Korea.

The Unification Ministry has laid out plans this year to deal with North Korea, and now a bill on a unification tax has been proposed in the National Assembly. Whether those efforts will bring any “desirable change” within North Korea remains to be seen.

The South Korean government should be prepared for all possibilities, one government official pointed out. “Their control mechanism is in place, but there is high instability in North Korea,” he said. “There is a chance that it may collapse.”