In his new film, ‘Taegukgi’ director returns to pain of war

In his new film, ‘Taegukgi’ director returns to pain of war 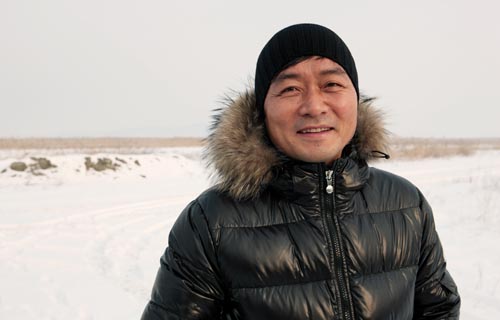 Kang Je-kyu, the legendary director of “Taegukgi: Brotherhood of War” (2004), prepares for another war blockbuster, “My Way,” in Saemangeum, North Jeolla. [JoongAng Ilbo]

“The Gingko Bed” was the first Korean romance movie to make use of computer graphics and it earned Kang critical acclaim. And it’s hard to discuss the renaissance of Korean film without mentioning Kang’s second spy film “Shiri.” More than a decade has passed since the release of “Shiri,” but the film is still the eighth-highest grossing Korean film ever. His third film “Taegukgi” was the first Korean war blockbuster and the third-highest grossing Korean film, according to the Korean Film Council.

Now, Kang is working on a new film called “My Way,” which is slated for a December release. At a cost of 30 billion won ($27.2 million), it has the highest production budget of any Korean film in history.

Like “Taegukgi,” the film is also about war and has Jang Dong-gun as its star. But that’s where the similarities end.

“My Way” is based on a true story that follows the tumultuous life of a man who is conscripted into Japan’s Kwantung Army and is forced to fight for three countries - Japan, China and Germany - during World War II.

The JoongAng Ilbo got the chance to interview Kang over the phone. Here are some excerpts from that interview. 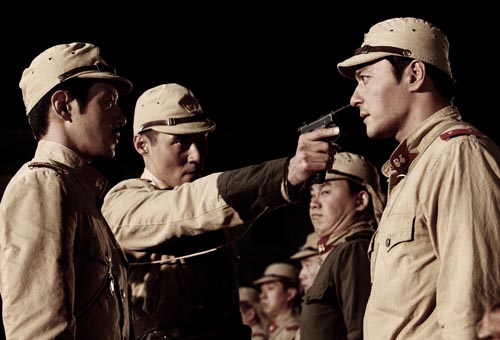 
Q. What prompted you to direct “My Way”?

A. When I first read through the screenplay, I didn’t have any intention of directing the film but I happened to see a documentary on SBS about a Korean man who was forced to join the Kwantung Army and had to wear the military uniforms of three countries - Japan, China and Germany - and ended up being captured by the United States in the Invasion of Normandy. It was intense. It made my blood boil. That was the moment when I decided to direct this film.

What most attracted you to the story?

An ordinary man is thrown against his will into a tumultuous period of history and it seems like he would be overwhelmed - but he survives. I really wanted to investigate what saved him from his painful personal history, things like his dreams and his strong instinct to survive.

It must have been difficult to do another war film.

After “Taegukgi,” I swore that I wouldn’t do another war film because it’s so difficult to shoot. The weather is always a factor and it involves many risky elements. Because we had a lot of snow and rain last month, we had to postpone production a couple of times. We’ve already spent much more time shooting than when we did “Taegukgi,” and that took nearly three times as long as ordinary commercial films. And because this is about history, we have to be careful not to distort the facts.

Despite those difficulties, what made you decide to do another war film?

I think the most inhuman and vicious thing created by humans is war. Humans keep engaging in wars but it’s a good-for-nothing game. I hope my film will change people’s mindset about war.

Most young people don’t know that much about war.

For them, war is probably like a video game or martial arts. They accept war easily and indifferently. What will happen when these young people grow up and become this nation’s leaders? I’m really concerned.

Do you think that films about war could function as good material for history education?

Films have diverse functions, and some films enlighten and educate people. As a director, I have to create a story that blends meaning and entertainment.

Let’s say there is a young boy who is dragged off to a movie theater by his father. The boy doesn’t want to watch the film because he thinks it’s boring but in the end he enjoys it much more than his father does. Every director has to think about how to make a film that will appeal to a variety of people.

The production cost is astronomical. Wasn’t that burdensome?

To be honest, phrases like “highest-ever production cost” are burdensome. But think about this: Chinese director John Woo had a budget of 80 billion won for “Red Cliff” (2008) but critics and Chinese audiences didn’t judge the film based on the cost.

After “Taegukgi,” you signed a contract with Creative Artists Agency, which also represents famed directors like Oliver Stone and Steven Spielberg, and you’ve been trying to make films in Hollywood but with no finished products. What makes you want to work in Hollywood?

Some films are quintessentially American, like “Batman,” which I think can only be made by American directors. But I didn’t go to Hollywood to make those kinds of films.

As an Asian filmmaker, I wanted to tell stories that involve both the East and the West. I want to produce films that will shed light on Asia and introduce Asia to the West, and I think “My Way” is a step in that direction.

Does that mean that you’re hoping to reach a wider, more global audience with your films?

It’s every director’s dream to communicate with more people through their films, regardless of their nationality. If “My Way” succeeds, I think it will change people’s perception of Asian and Korean movies.