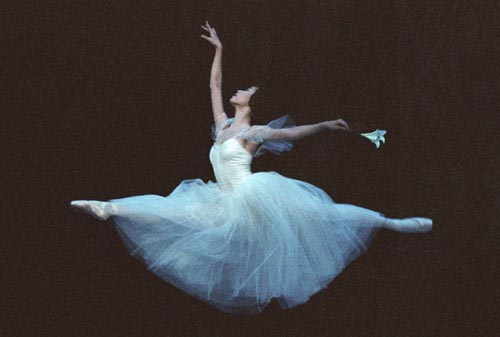 
After a nine-year hiatus, the Korea National Ballet is once again presenting “Giselle,” one of ballet’s most admired works, from Feb. 24 to Feb. 27 at the Seoul Arts Center in southern Seoul.

The production is being produced in collaboration with the Paris Opera Ballet, the world’s oldest national troupe. The two companies will stage the original 19th century French choreography together for the first time in Korea. Patrice Bart, the French company’s associate artistic director and ballet master, is helping to reconstruct the choreography. The French troupe was founded in the late 17th century under royal patronage.

The KNB last performed the Russian version of the work nine years ago.

“Having seen ‘Giselle’ by the Paris Opera Ballet in Japan, I made up my mind to bring the French company’s version - which has the longest history - to Korea,” KNB artistic director Choi Tae-ji said in a press conference last Tuesday. 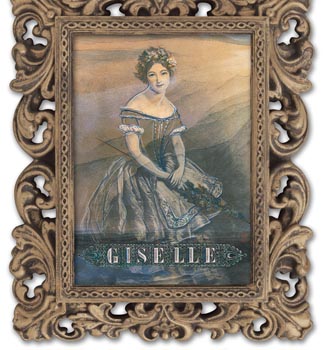 The two-act ballet, which premiered in Paris in June 1841, tells the story of a peasant girl named Giselle who dies prematurely after being dumped by a nobleman named Albrecht. She then turns into a ghost and comes back to protect her lover from the vengeance of a group of evil female spirits called the Wilis.

“‘Giselle’ is a masterpiece of the romantic ballet. It’s a French ballet created by French people,” said Bart. “Back in the 19th century, France was heavily influenced by mysticism, superstition and fantasy and ‘Giselle’ embodies those characteristics. The work also accurately depicts the social hierarchy that divided people into the rich and the poor. Giselle was caught in between the two.”

The KNB has made a sizeable investment to bring the production to Korea. In addition to the choreography, other key elements of the performance - from the set to the costumes, lighting and music - will be imported from France.

The costumes were designed by renowned Italian costume designer Luisa Spinatelli and created by Italy’s Brancato Costumi Teatrali, an atelier that has built costumes for such theaters as La Scala.

Spinatelli’s paintings will also serve as the backdrop of the play.

Marzio Conti, an Italian conductor with the National Orchestra of Andorra, will be taking the podium. 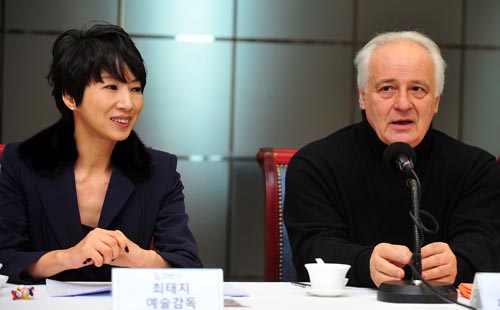 
The work will feature four different dancers as Giselle over the four-day performance period: the KNB’s two principal dancers Kim Joo-won and Kim Ji-young; the Paris Opera Ballet’s star Laetitia Pujol; and the KNB’s Lee Eun-won, a fledgling ballerina who was chosen for her excellence immediately after she started with the troupe.

Pujol and her partner Mathieu Gnio, another Paris Opera Ballet principal, will dance on the last day.