Lamenting that we can count the stars

Lamenting that we can count the stars 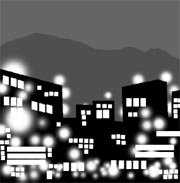 Poet Ezra Pound must have been very impressed by the electric lights in Manhattan in 1910: “Here is our poetry, for we have pulled down the stars to our will.” In 1943, Antoine de Saint-Exupery made a similar comparison about a street lamp and a lamp lighter in “The Little Prince”: “When he lights his lamp, it’s as if he’s bringing one more star to life, or one more flower.”

In the clear night sky of Seoul, you can see about 20 stars. It became rather awkward to use the expression “as many as stars” to describe countless quantity. Light pollution does not just interfere with visibility. Some observatories have shut down as the glow of artificial light make it impossible to study the stars. The Mount Wilson Observatory in California, where Edwin Hubble studied the expansion of universe, shut down its observation operation as the glare from nearby Los Angeles made the night sky six times brighter.

The starless night is expected to cause more serious problems. Futurist and marketing specialist Faith Popcorn advocated the need for “dark sky preserve” - visual resting places where you can actually have a peaceful moment of meditation under the sky free from artificial light. The Astronomy Village in Hoengseong, Gangwon, is designated as a “Starlight Preserve.”

Light pollution has adverse effects on the ecosystem as well. The natural sleep cycle is disturbed, and the risk of breast cancer and prostate cancer is increasing, studies show. Migrating birds mistake the artificial light as the moon and get disoriented. Cicadas are singing throughout the day as the night light confuses their sense of time. The artificial lights make creatures great and small go against the laws of nature.

The city of Seoul has recommended rules to prevent light pollution in order to reduce unnecessary lighting. Exterior lights on buildings would not be allowed until 11 p.m. and illumination from street lamps would not reach the windows of residential structures. However, the rules are not legally binding. Observing the stars in urban areas may be as difficult as reaching the stars in the sky.