A Korean hand behind Disney blockbuster

A Korean hand behind Disney blockbuster 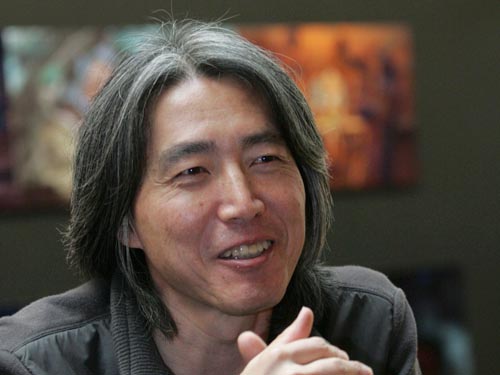 Kim Sang-jin - known as Jin Kim in the U.S. - is a Korean animator and character designer at Disney. He worked on “Tangled” for the past five years. The film will be released in Korea on Feb. 10. [JoongAng Photo]


Disney’s latest blockbuster, “Tangled,” has a Korean touch to it. As one of the key animators behind Disney’s latest film, Kim Sang-jin worked alongside some of the most talented artists in the industry over the past five years to reinvent the 1812 German fairy tale “Rapunzel.”

Disney’s adaptation has been a huge success.

In the three months since its release, the most expensive animation ever made pulled in $418 million worldwide as of Jan. 24.

“I’m so glad people are enjoying the film,” said Kim.

“You start out with a blank piece of paper in character design,” explained Kim. “When the story line comes out, you start imagining what the character looks like based on his or her personality. Hundreds of thousands of pictures are drawn just for one character.”

Kim joined the project five years in and had a say in almost every scene.

In terms of character development, Kim said he sees some of himself in Flynn Rider, a character in “Tangled.”

“It’s natural to see a little bit of yourself in the characters you design,” said Kim. “I think Flynn Rider will be remembered as one of the most fascinating male characters in Disney animation.” 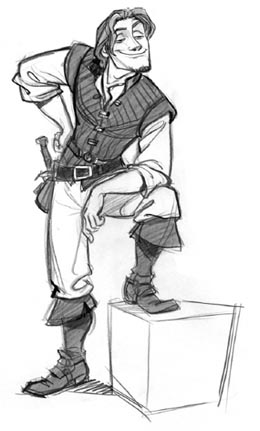 Unlike one-dimensional Disney characters of the past who were gentle and heroic, Flynn Rider is a swindler in the beginning, but develops into a sincere man throughout the film.

Kim explained that the story line went from heavy and serious to fun and comical.

The original Brothers Grimm tale is hardly evident in this Disney depiction.

“We had to make a Rapunzel who was attractive in a way that she lets herself out of the shell that she had been trapped in for 18 years. It was hard, but I think we succeeded,” said Kim. “The other figures are our own creations.”

For the character Mother Gothel, the creators needed to convey a combination of wickedness and motherly love. Pascal the chameleon and Maximus the horse had to be funny without speech.

“It felt like we were working on a Charlie Chaplin movie in that we had to deliver many things with only facial expressions and movements through Pascal and Maximus. We were glad to see that the audience loved the animals,” said Kim.

Kim has come a long way since he graduated with an economics degree from Kookmin University.

“I really loved drawing ever since I was little and of course I wanted to go to art school. But I realized I couldn’t major in art because I had red-green color blindness back in high school,” said Kim. “I was lost and discouraged and just went to a university without much thought.”

Only after realizing he could not live a life without pursuing his dreams, did he apply to be an illustrator at an advertising company. He later worked for an animation studio in Canada for seven years before moving to Disney in 1995.

“Although companies like Dreamworks and Pixar have a big presence in this field these days, I still think Disney’s name and status will never be shaken,” said Kim. “It’s the ultimate goal of many animators to walk into this studio and work here.

“When I first started this job, it was like a dream to be working alongside artists who I only knew through their great productions. The fact that you’re contributing at a place that made the animations that you watched growing up is enough to make this the perfect workplace.”

If Kim has one piece of advice for anyone dreaming of becoming an animator, it is to develop creativity as well as artistic abilities.

“Many Korean artists lack creativity and that becomes a huge problem.”

Another motivation, according to Kim, is knowing they are creating something that will influence generations of children.

He said that those involved in production are working so future generations can enjoy the films.

“This shows that Disney produces works that you would want to show your children 20 or 30 years later. I think Rapunzel is a good candidate for a piece that could last a lifetime.”

In the future, Kim said he wants to create something he can call his own.

Kim said he has a particular interest in history - especially Korean history. Someday, he will make an animation that delivers stories about Korea.

“‘Tangled’ has everything. Dreams, love, action, comedy, adventure and even a little bit of horror,” Kim said.

“Technique-wise, it is a well developed piece. It will not even compare to any other animation that has been produced so far in terms of movement and expressions.”

Tangled will be released in Korean theaters on Feb. 10.