Remembering artist with a gut

Remembering artist with a gut 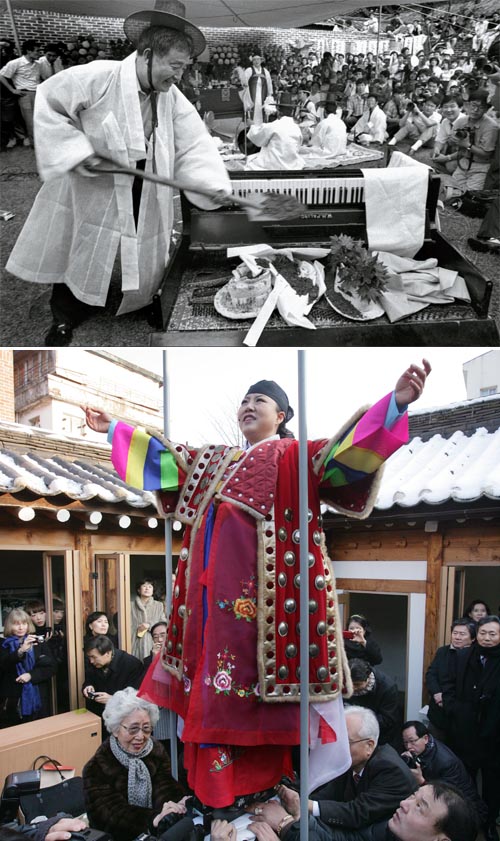 In 1990, the video artist Paik Nam-june held a gut, a traditional Korean shaman ritual to comfort spirits, in Seoul for Joseph Beuys, who was his friend and a German performance artist. With the fifth anniversary of Paik’s death tomorrow, the photojournalist Choi Jae-yeong on Tuesday opened an exhibition of the photos of Paik’s 1990 gut, including the one at the left, in Gallery Art Link in central Seoul. The photos show that the gut was a fusion of Eastern traditions and Western avant-garde art, which Paik continued to pursue. Choi invited a shaman, above, to have a gut for Paik at the opening of the show. Choi took both photos. The show runs through Feb 13. For details, visit www.artlink.co.kr or call (02) 738-0738.