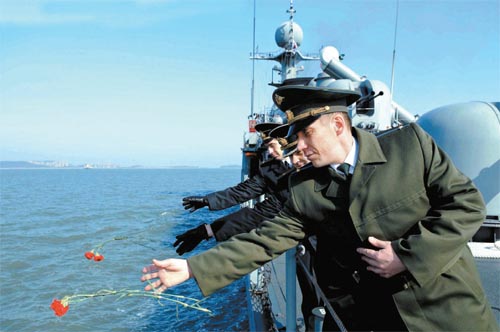 Russian navy crewmen toss flowers to the souls of fallen sailors in the coastal waters off Incheon yesterday to commemorate navy crewmen who were killed after blowing up their own vessels rather than surrender to Japanese foes during the Russo-Japanese War, which started on Feb. 8, 1904. Konstantin Vnukov, Russian ambassador to Korea, along with 20 navy officials participated in the event. [YONHAP]