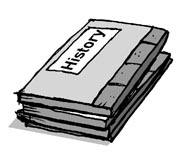 King Jeongjo of Joseon was waging a fight against the Noron faction to reinforce royal power when a tax scandal erupted in 1782. A portion of tax revenue had disappeared because of corruption related to tributary payments. So King Jeongjo ordered an investigator he trusted to conduct a secret probe. The investigator was conferred a fifth-degree official rank with the title tamjeong. Tamjeong means “a person in search of truth.”

A similar incident happened when Bok Geo-il published “Looking for an Epitaph” in 1987. The novel is a sort of “alternate history,” a work of fiction set in a world of diverged history. The novel is set in an alternate universe where Ito Hirobumi, the resident general of Korea, survived an assassination attempt by Ahn Jung-geun and Korea remained under the colonial rule of Japan to present day. The author made references to “Northern Expedition,” an autobiography by Ito Hirobumi, and “Colonies” by Douglas Lawrence. Most of the quotes and references were fictional, but they were so convincing that some readers tried to buy the books.

Alternating history and fiction is the dominant trend of the time. These genres blur the line between fact and fiction. Instead of looking at history with strict eyes, authors “play” with history. Filmmaker Lee Jun-ik had a twist in his movie, “Pyongyang Castle.” He created an alternate history in which Silla had made an alliance with the Tang Dynasty of China on the surface, but Silla was really helping Goguryeo, an ancient Korean kingdom.

“Playing” with history is not free from criticism for distortion. Gyeonggi University Professor Kim Gi-bong said that it may be the pain from knowing “that the public consumes history not through books by historians but through period films and series on television.” It could also be a backlash against history education in schools, which emphasizes memorization.

Greek historian Herodotus defined history as a record of what you have seen and heard. The Father of History may be disappointed to learn how history is treated today.