Law schools from Japan and Korea partner up

Law schools from Japan and Korea partner up 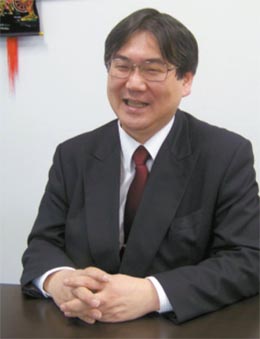 TOKYO - Chuo Law School in Japan will collaborate with Korean law schools to foster lawyers who specialize in foreign law and international relations and are able to adjust to the rapidly changing legal market, Nobuyuki Sato, vice president of the Chuo Law School, said in an interview with the Korea JoongAng Daily at his office on the school’s Ichikaya campus in Tokyo on Feb. 11.

According to statistics released by the Japanese Ministry of Education, Culture, Sports, Science and Technology, Chuo Law School saw 189 of its 439 students pass the lawyer certification test in 2010, second only to the University of Tokyo’s School of Law, which had 201 of 411 students pass.

Next year, Chuo Law School will team up with Korean law schools to improve legal education in both countries. Both countries face similar issues in the legal field.

According to Sato, the school has thus far established relationships with 15 Korean law schools.

“In September 2010, we held a symposium at Yonsei University about how to nurture a new type of lawyer in the rapidly changing field of international law,” Sato said. “Since 2010, we have had an international summer internship to teach Japanese law in English to foreign students.”

He says they are mulling a Doctor of Juridical Science degree program later this year. All of the lectures would be conducted in English to encourage foreign student enrollment.

The Japanese government launched its law school system in 2004, when it began requiring students to go to law school and take the lawyer certification test to become lawyers. Previously, anyone who passed the national bar exam could become a lawyer.

The national bar exam co-existed with the law school system until 2010, when it was abolished.

Roughly 1,500 Japanese students in 74 law schools nationwide pass the lawyer certification test every year, in comparison to the approximately 600-700 students annually who had passed the national bar exam.

But experts say the Japanese government has allowed too many universities to open law schools, making it hard for young lawyers to find jobs.

“To solve the employment problem, the Japanese government has recently announced that it will hire law school students in the legal departments of government offices beginning in 2012,” Sato said.

And more and more Japanese companies are employing lawyers, instead of outsourcing the work to law firms, he said.

Korea’s legal education system has gone through a similar transition as Japan’s. Korea opened 25 law schools nationwide in 2008. But the Korea Bar Association has cautioned that having too many lawyers will lower the quality of legal services and increase unemployment, just as in Japan.