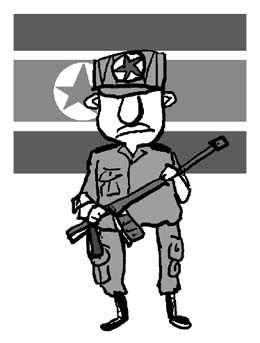 Mercenaries are professional fighters hired to fight in another country’s armed conflict.

Along with prostitution, it’s one of the world’s oldest occupations. In the 13th century B.C., Pharaoh Ramesses II hired 11,000 Nubian mercenaries who were skilled cavalry soldiers. In 218 B.C., Carthaginian commander Hannibal crossed the Alps and attacked Rome with 100,000 troops, which included mercenaries from various countries. In China, the Tang Dynasty also hired Tibetans and Uighurs to fight the Gokturks in the 7th century.

Mercenaries continued to be popular in the medieval period. The Catholic church favored Swiss mercenaries and hired them as the Pontifical Swiss Guard of Vatican City beginning in the 16th century. Later, the French Foreign Legion became the most notable mercenary group. Since its formation in 1831, it has been the constant subject of films and novels.

While guns-for-hire are unlikely to be motivated by patriotism, they offer governments several benefits. First, governments don’t have to worry about the aftermath of compulsory conscription with mercenaries. Guns-for-hire also have proven combat skills and don’t need much training.

Today, governments have gotten involved in a different kind of mercenary business. The United Nations offers $1,000 in monthly salary to troops dispatched by governments for peacekeeping operations. This can be a boon for developing countries who are short on cash. There are currently 98,000 UN peacekeeping troops from 115 nations, with Pakistan, Bangladesh, India and Nigeria sending the most.

There is a rumor that North Korean mercenaries have been hired to suppress protesters in Libya. It is a groundless allegation, but there actually had been a discussion within the UN on using North Korean troops in peacekeeping missions before the North carried out a nuclear test in 2006. The UN considered hiring North Korean troops for Darfur and other regions instead of offering Pyongyang aid.

While inter-Korean relations reached a deadlock after the Cheonan incident and the Yeonpyeong attack, humanitarian assistance for North Korea is likely to resume sometime in the future. If it agrees to abandon nuclear development, how about using its seasoned soldiers for UN operations by paying them money. Rather than giving away assistance, Seoul can save money and Pyongyang can save face.

The writer is a senior international affairs reporter of the JoongAng Ilbo.