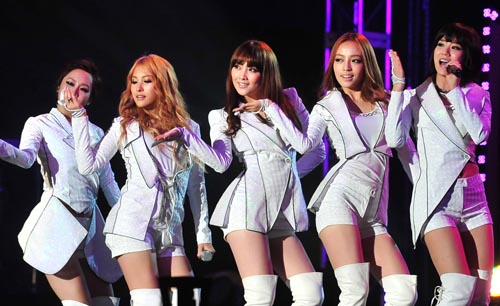 Girl group Kara has been doing well in Japan, despite going through a legal battle with their management company in Korea.

On Feb. 23, the group released a DVD of music videos, called “Kara Best Clips,” which topped Japan’s Oricon weekly DVD charts on Wednesday with sales of more than 132,000.

The DVD is now the first by a foreign female group to top the charts and it broke a first-week sales record previously held by Japanese artist Mai Kuraki.

The group is also set to release a new single - “Jet Coaster Love” - on March 23.