PARK CHONG-BIN: INTO THE MEMBRANE 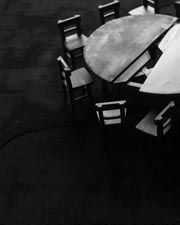 In his first solo exhibition in London in 2007, Park created cardboard sculptures tinged with graphite in order to give them the look of steel. Similarly, the works presented in this exhibition are colored with graphite.

The graphite in his works represents the various types of pressure that individuals encounter in life and attempts to convey the message that these pressures can always be recognized in the form of time, location and emotion.

In all of these works, the artist is exploring the generic concept that outward strength often masks an inner fragility. Park received his bachelor’s degree from Hongik University in 1999 and his Master’s Degree from the Royal College of Art in London in 2004.

To April 3: This exhibition features the first solo exhibition of artist Lee Sang-guk since 2000.

Lee is renowned for his independent, lyrical and abstract way of depicting the phases of life and is returning to the gallery scene after a period of medical treatment.

He is known for his use of repetition and both construction and deconstruction to create a new kind of visual energy.

In the 1970s and 80s, Lee’s work depicted the social and political turmoil the nation was experiencing through images of hillside slums, factory districts, people and mountains.

Starting in the 90s, Lee’s works have become more abstract, while still retaining the bold black brush strokes that have become characteristic of his work.

The exhibition also includes a retrospective of his paintings and woodcuts from 1977 to the present. 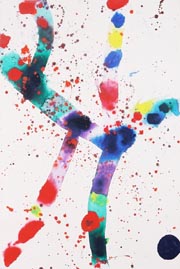 Thursday to April 30: The Page Gallery, in conjunction with the Sam Francis Foundation presents 40 works by American painter and printmaker Sam Francis (1923-1994).

In his early years, Francis was inspired by Abstract Expressionist artists such as Mark Rothko, Arshile Gorky and Clyfford Still.

Later, the artist’s experience in France and Japan greatly influenced his work. While in France, he began to incorporate elements of Tachisme, a French style of abstract painting, into his art and from Japan he retained influences of Zen Buddhism.

He is known today for paintings that juxtapose large swaths of white space and bright contrasting colors.