Virtue and vice in environmentalism

Virtue and vice in environmentalism 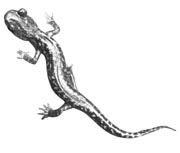 At the end of the 20th century, criticism of the environmental movement started to spread in the West. The criticism was sparked by books such as Ronald Bailey’s “Ecoscam: The False Prophets of Ecological Apocalypse,” published in 1993. Bailey’s point was that many of the crises forecasted by environmental activists did not take place, or had no scientific basis.

The environmental movement in Korea, which was born in the 1980s, contributed to informing people of the importance of protecting the land. But the movement has also been shunned by the public because of its engagement in political activities, including its opposition to the impeachment of the president and its involvement in excessive legal battles.

Environmentalists mounted strong opposition to Incheon International Airport, claiming that the site was vulnerable to tsunamis and typhoons and that it was along the route followed by migratory birds. Since the airport opened in 2001, however, these catastrophes have failed to materialize. To the contrary, the airport has won the top service award by Airports Council International for six consecutive years. The construction of the KTX between Seoul and Busan was also stopped many times, and four environmental impact assessments were done. Although the assessments concluded that the construction of the high-speed railroad would not affect the wetlands on Mount Cheonseong, through which the train runs and which are a natural habitat for salamanders. But environmentalists refused to accept the results. The KTX tunnel began operating in November, but according to press reports, there are plenty of salamander eggs in the wetlands.

In 1999, the construction of the Saemangeum Seawall was 60 percent completed but was stopped because environmentalists raised strong objections to the project. The legal battle, which lasted four years and seven months, only resulted in a waste of funds and a split in public opinion. These days, the four-rivers restoration project is the target of environmentalists’ ire. Although the government has won several court cases related to the project, environmentalists are still unwilling to accept the results.

Environmental campaigns are necessary to help our society become healthy. But we should pursue a new direction. We should free ourselves from the old ideology of “development is vice and environmental protection is virtue” and live up to the demands of the times.

*The writer is a professor of environmental science at Ewha Womans University.