Japan crisis a blow to concerts

Japan crisis a blow to concerts 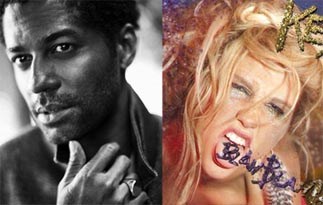 A handful of artists have cancelled concerts in Seoul following the March 11 earthquake and tsunami in Japan. Left: Eric Benet, Right: KeSha

Just five days before his scheduled appearance in Seoul, Eric Benet postponed his concert, becoming one of a handful of international musicians in the past month to do so in the aftermath of the earthquake and tsunami in Japan on March 11.

Through Private Curve, his local concert agency, the American singer said yesterday the concert would be postponed until autumn, without elaborating further.

“I am very sorry that I have to postpone the Seoul concert due to the situation in Japan,” the agency quoted Benet as saying. “But I look forward to visiting Korea again after rescheduling my tour as soon as possible.”

Kate Kim, an assistant PR manager at Private Curve, said Benet had been scheduled to have two week-long concerts in Japan and that he did his best to go ahead with the plan, but decided to cancel the Japan and Korea legs of his “Back to Me” tour.

“We were only notified of the postponement this morning,” Kim said.

Because the concert has been postponed, not canceled, he will not incur a penalty for breach of contract. The agency is currently in the process of contacting ticket buyers to provide refunds.

“We are grateful that clients have expressed their condolences to Japan instead of complaining about the postponement,” Kim added. 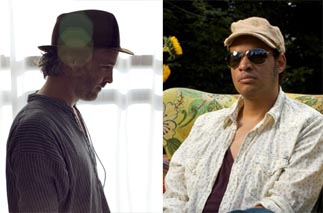 A few days earlier, Beady Eye, an English rock band formed in 2009 by former members of Oasis, announced they were postponing their first appearance here - scheduled for May 15 - citing the Japan earthquake. The Korea concert was part of the band’s Asian tour, which also included three concerts in Japan, according to 9 Entertainment, the band’s local agency.

“The band is disappointed that their first visit to Seoul has been postponed, especially because the last time the guys were there with Oasis they received a venue-shaking (literally!) reception,” a press release from Beady Eye said.

Other artists cancelled their trips to Seoul earlier this year: Fran Healy, the lead singer and songwriter of the Scottish band Travis; Raul Midon, an American singer-songwriter; and Ke$ha, one of the most popular U.S. pop singers. The concerts were originally set for March 18, 19 and 29, respectively.

Ke$ha was quoted as saying by Hyundai Card, the local concert organizer, that it was “not appropriate to proceed with a concert with a party theme when the world is in deep sorrow over the Japan earthquake.” She had planned to ask her audience to dress up like they were going to a party.

Late last month, the Salzburg Mozarteum Orchestra canceled its appearance at the 11th Tongyeong International Music Festival, where they were set to play the opening concert, citing fears of radioactivity from Japan.

The world-renowned Austrian orchestra gave their notification only two days before the annual festival was set to open, baffling both the organizer and the audience. Festival artists pulled together at the last minute to provide a preview of their respective concerts at the opening event. The festival said it is currently taking steps to ensure they receive compensation for the abrupt change.