Glimpse into the lives of Europe’s kings and queens

Glimpse into the lives of Europe’s kings and queens 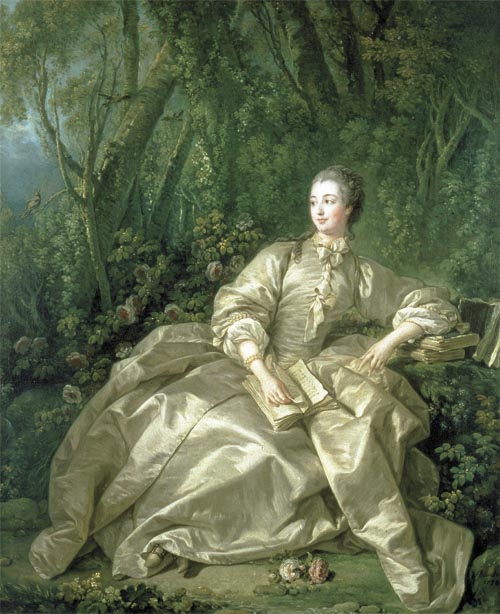 
Have you ever daydreamed about stepping into Versailles during the time of Louis XVI and Marie Antoinette? Or wondered what the elaborate, jewel-encrusted accessories and attire of the European monarchy looked like at the height of their power during the 17th and 18th centuries?

Take a glimpse into the lives of European kings and queens and paintings during the Baroque and Rococo era by going to the National Museum of Korea in Yongsan, central Seoul. Until Aug. 28, the museum will hold a special exhibition titled “Princely Treasures: European Masterpieces 1600-1800 from the Victoria and Albert Museum.” During the exhibition, 101 selected items on loan from the Victoria and Albert Museum in London will be on display, including paintings, sculptures, ceramics, glass, furniture, clothing and accessories - all from the 17th and 18th centuries.

The works are from European countries, including France, Sweden, Spain and Portugal, and represent the distinct aesthetics of the era, now referred to as Baroque and Rococo styles.

According to the National Museum of Korea, the exhibition took 16 months to organize.

“Baroque era painting was heavily influenced by the Roman Catholic Church, in which the artworks emphasized the majesty and absolute strength of the king,” said Kim Young-na, director of the National Museum of Korea.

“The Rococo era, on the other hand, which followed the Baroque era, formed during the last stages of the Baroque period when the power of European monarchs weakened. Hence the style during this period was more ornate, fluid and feminine.” 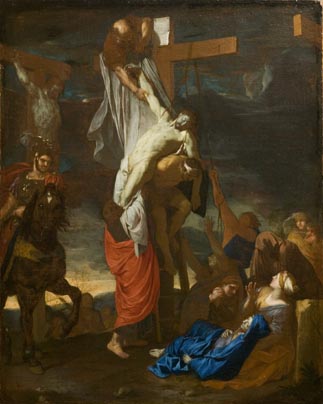 The exhibition is divided into five main sections, all of which encapsulate key aspects of courtly life in Europe during the time. In the first section, titled “Princely Patronage,” paintings and artifacts that show the power and patronage of major European dynasties between 1600 and 1800 are featured. Many of the paintings in this section were commissioned by monarchs and their official mistresses. Visitors will be able to see the famous portrait of Madame de Pompadour by Francois Boucher, which was drawn in 1758.

As the official chief mistress of Louis XV, Madame de Pompadour was a refined and highly educated woman who was an accomplished actress and musician as well.

“Madame de Pompadour is said to have loved reading. Furthermore, she always wanted to promote this image of herself as an intelligent, elegant woman that liked to read. So in many of her portraits, she is shown with a book in hand,” said Kim.

Boucher’s portrait shows the mistress in a light gold khaki colored dress, with a book on her lap as she sits down in front of a forest. Kim explained that unlike the Baroque era, Rococo era paintings were light and more fanciful, without the seriousness or emphasis of power that was apparent during the Baroque era.

“If you look at the tree branches and stalks in the paintings, you will see that they are lean and fluid-looking. Also, Madame de Pompadour’s face and her dress have a pretty glow of silver, pink and pastel. Everything during the Rococo era was light,” she added. 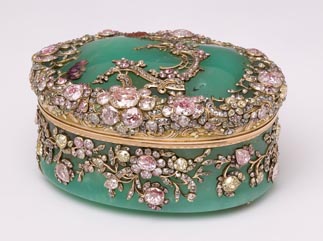 a snuff-box used by Friedrich II

In the second section of the exhibition, titled “Power and Glory,” art and artifacts that show war and the power of the military are displayed. Pistols designed for Louis XV and George II as well as wool tapestry with drawings of army officials during wartime are included.

“These carpets and tapestry featuring wartime scenes were commissioned by monarchs at the time to hang in their parlors,” said Yang Hee-jung, head curator for the exhibition. She added that the elaborately designed pistols and guns for Louis XV and George II were never fired.

Religious beliefs and the historical circumstances that resulted from religious conflict during the 17th and 18th centuries are shown in the exhibition’s third section, titled “Religious Splendor.” Here, the painting “Descente de Croix” by Charles Le Brun, in which Jesus Christ is being brought down from the cross, is featured alongside other religious works associated with not only Catholicism, which was dominant at the time, but also with Protestantism and Judaism.

In particular, the exhibition showcases important religious art from Spain, which was arguably the most powerful country in the Europe during the 17th century. 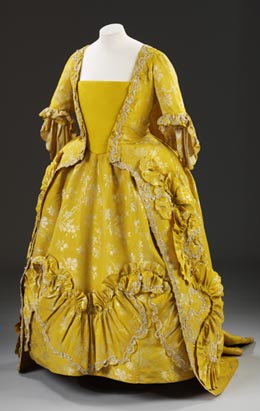 Kim explained that religious paintings from Spain during the Baroque period often centered on the dark side of religion, in which subjects were shown hurting themselves to get closer to God. At the entrance of this third section is a sculpture titled “The Virgin of Sorrows” by Jose de Mora, in which the Virgin Mary looks down with a mournful look on her face.

“Spanish religious paintings during the Baroque period, including those by Diego Velazquez, were intense, dark and realistic,” said Kim.

Upon walking into the fourth section of the exhibition, titled “Display,” a recreation of the Hall of Mirrors inside the Palace of Versailles can be seen alongside furniture, textiles and ceramics that were used by the French monarchy and nobility for decorative or social purposes.

One of the highlights of this section is a deep emerald green snuff-box decorated with pink and ivory colored diamonds used by Friedrich II, king of Prussia.

The final section, titled “Fashion and Personal Adornment,” features the clothing, jewelry and personal accessories of the European monarch. The centerpiece in the display is a mustard-yellow ball gown worn during the mid-18th century, with a luxurious draping decoration on the backside.