The paper peach is so much more

The paper peach is so much more 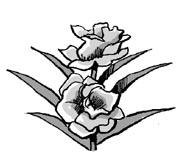 Peaches have never failed to make an appearance in celebrations for the elderly. Peach blossoms are presented or a bowl of peaches is placed on a table to wish for health and longevity. Offering peach flowers is called “Peach Dedication” or “Gift of Peach.” And a painting of peaches is a popular gift for a 60th birthday as a sign of longevity.

In Korea and other Asian cultures, peach blossoms are a symbol of eternal youth and have been called “Flowers of the Immortals.” Tao Yuanming described a utopia in the poem “Peach Blossom Spring.” The utopia is full of peach flowers and is inhabited by people who do not grow old, do not get sick and do not die. According to a Chinese legend, Dongfang Shuo of the Han Dynasty secretly entered the utopia and stole a peach of immortality. After consuming the mysterious fruit, Dongfang Shuo enjoyed longevity, living 3,000 sexagenary cycles, or 18,000 years.

The most famous case of a peach flower offering was in the Joseon Dynasty when King Jeongjo gave the gift to his mother. A 60th birthday party was held at Hwaseong Haenggung in Suwon, and the king presented 3,000 peach flowers to wish for the health and longevity of his mother. The king’s special birthday present was the “Peach Dedication.”

But what King Jeongjo presented to his mother were not real flowers, but paper ones. The paper flowers were not simple fakes. Rather, they epitomized the Korean soul. The paper flowers had been used to decorate various events at the royal court as well as weddings and parties in ordinary households. The paper flowers may lack the scent, but they are full of the sincerity and affection of the person who made them. Their significance is considered to be more sincere than real flowers.

A few days ago, the Youth Culture Center in Suwon hosted an event for boys and girls to make peach flowers with hanji. They presented the “flowers of filial piety” to their parents as a gesture of gratitude. On Parents Day, we usually give carnations to our parents. Yet it is a Western tradition, and the cultural center is proposing replacing carnations with paper peach blossoms personally made by children. For parents, any flower is a precious gift, as long as it comes from their children. Yet peach blossoms especially represent filial piety, health and longevity, making them a perfect gift to celebrate such an occasion.