Adoption: Act of love and benevolence

Adoption: Act of love and benevolence 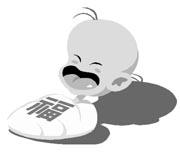 Exodus, the second book of the Old Testament, begins with a story of adoption. A Hebrew woman saves her son by setting him on the Nile River in a basket. The baby is found by the pharaoh’s daughter, who names him Moses, which means “saved from the water.” Moses grows up as the prince of Egypt and leads the Israelites out of slavery, across the Red Sea and into Canaan.

Adoption was a common practice in Korea in the Three Kingdoms period (57 B.C.-668). A struggling family would leave a child in front of another house or entrust him to a childless family. The child was considered a blessing and raised with love and care. The practice was a manifestation of charity and humanity.

In the Goryeo Dynasty (918-1392), children were abandoned at Buddhist temples and many orphans grew up to be great monks.

In the Joseon Dynasty (1392?1897), Confucianism prevailed and adoption increased to continue the family line and perform ancestor worship rituals. Boys were usually adopted from families with the same last name and generation. A dilemma in the early Joseon era involving brothers Kang Hui-an and Kang Hui-maeng - high government officials - changed the Gyeongguk Daejeon, or code of laws, around adoption. The younger brother Hui-maeng was adopted by his uncle but the older brother Hui-an died without leaving any children. In the end, King Seongjong ordered the adoption broken and Hui-maeng returned to his birth family.

We often say that the love of raising a child is greater than the love of giving birth. German playwright Bertolt Brecht’s “The Caucasian Chalk Circle” is about two mothers. A governor’s wife abandons her son but wants him back when she learns that the child will inherit great wealth. But the boy has been raised by her maid. To determine who the child’s true mother is, a judge draws a circle with a chalk and places the child in the middle. He orders the two women to pull the child out of the circle but the maid refuses to pull as it would hurt the child. The judge rules that the maid is the true mother.

May 11 was Adoption Day. Korea still sends more than 1,000 children to other countries through intercountry adoption every year.

An employee of the Ministry of Public Administration and Security with four biological children has adopted four kids with disabilities. The parents must be enjoying the happiness of having and raising children, epitomizing benevolence, love and humanity.