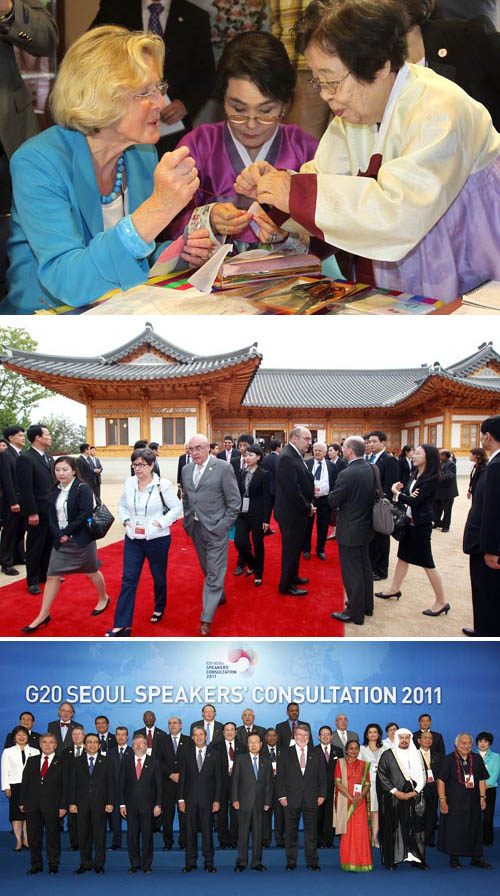 A conference of parliamentary leaders from the world’s 20 major countries kicked off yesterday in Seoul to discuss anti-terrorism measures, sustainable growth and other issues. Korea also hosted cultural programs for the delegate’s spouses and a luncheon at a traditional house inside the National Assembly compound. Top: Elizabeth Stanley, wife of Sir John Stanley, a member of the British parliament, joins an embroidery program yesterday. Middle: Participants at the conference leave a luncheon at the National Assembly. They were introduced to Korean cuisine and enjoyed cultural performances, and were the first foreign guests to be entertained at the facility. Bottom: Participants pose for a group photo in the National Assembly. [NEWSIS/ YONHAP]