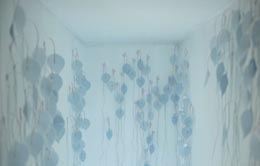 To Tomorrow: In this exhibition, eight artists in various fields, including photographer Ha Han-soo and installation artist Sohn Ji-young attempt to answer the question: “How do you define habitat?”

With her painting “Dust to Dust,” artist Seo Ji-hyun concludes “Habitat is a space for life and death.” The painting depicts the dust that is naturally generated by humans.

For Ha, “Habitat is a place where people live and that I study.” He discovered new landscapes during his hour commute and photographed them, including the waste on the road.

To June 26: This exhibit features 45 paintings, sculptures, new media and photographs by 24 iconic artists. Included in the collection is the world premiere of Kim Sooja’s video piece “A Needle Woman,” which has never been shown in its entirety. The video consists of eight channels, each showing Kim in a different city, and the videos all start and stop simultaneously. In each video, Kim stands as straight as a needle amid pedestrians on the street. The piece portrays the artist’s distance from ordinary people. 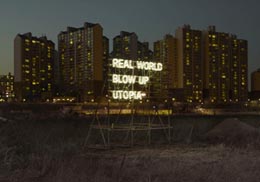 To July 31: This is a solo exhibition by Korean artist Back Seung-woo, who is known for contrasting reality and cyberspace through his work, in which photography is the main medium.

The artist does not offer answers but rather questions the elements that constitute a picture - whether in the form of a photograph, image or concept - and the way these elements are all brought together to portray the world.

The works, both recent and unpublished photographs, do not aim to capture the reality as it is. Rather, they capture the gap between the real and the imaginary and the visible and the invisible via modifications and reconstructions.

And in one project on view, the artist combines his photographic series “Utopia” into a single, large photograph that will be divided into 13 pieces and sent to 13 different countries, where it will be printed and assembled again.

Back received a Master of Arts in Fine Arts and Theory from Middlesex University in 2005. The artist has participated in group exhibitions in both England and Seoul since 2000, and was nominated for the Prix Pictet Award in 2009. 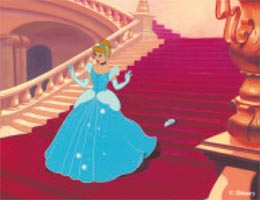 To Sept. 25: For the first time in Asia, viewers will have a chance to see the art behind the scenes of classic Disney films from the entertainment giant’s 80-year history.

Among the 600 pieces on display are original concept artworks, sketches, storyboards, final-frame cells, background paintings and movie clips from the Walt Disney Animation Research Library. Included in the collection are works by famous illustrators such as Mary Blair and Kay Nielsen.