30 ways to explore Korea’s past

30 ways to explore Korea’s past

The Cultural Heritage Administration of Korea is celebrating its 50th anniversary this year. With its new slogan, “Taking what was achieved yesterday and handing it over to tomorrow,” it plans to hold 30 exhibitions, conferences and performances to give people a chance to enjoy the country’s cultural traditions as well as rethink how Koreans can preserve them. 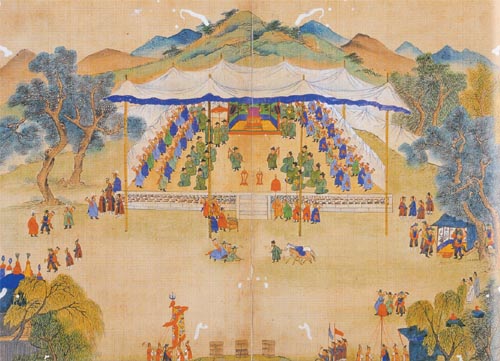 A 19th century painting of King Myeongjong at a literary and martial arts exam.


The Cultural Heritage Administration of Korea, established in 1961, specializes in preserving cultural artifacts and sites.

“As more people successfully achieve a higher quality of life, they tend to want to participate in more cultural events,” the Cultural Heritage Administration said in a press release.

Partly to fulfill that demand, the organization has pledged to hold special events every month until end of the year. This month, it will hold a photo and video exhibition of Changdeok Palace at the National Palace Museum of Korea to show how the beauty of royal palaces has been handed down, adapted and preserved from generation to generation. 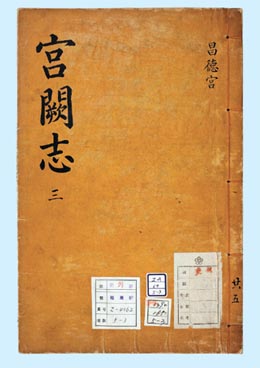 
Changdeok Palace was completed in 1412 and was designated a Unesco World Cultural Heritage site in 1997. The palace is well known for its beautiful garden, which has been closed off to the general public since 1976 - though it is viewable with a reservation.

The palace has been a victim during several armed conflicts. It was burned to the ground during the first Japanese invasion of Korea (1592-1598). It was rebuilt in 1610 and used as a primary palace until King Gojong (reign: 1863?1907) finished the reconstruction of Gyeongbok Palace in 1872.

The exhibition goes into detail on the floor plan of the palace, noting that a great deal of consideration was put into the flow of human traffic as well as the geography of the surrounding natural environment.

In ancient paintings, visitors can find evidence that buildings were built along hill ranges, which resulted in having the buildings in small valleys. Through this exhibition, visitors learn about the history of this royal building from its establishment to now by looking at pictures, paintings and written documents. 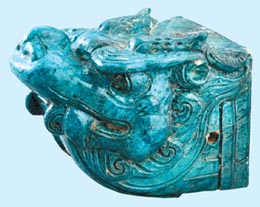 An ornament at Changdeok Palace. Provided by the National Palace Museum


The Cultural Heritage Administration has plans to present another photo exhibition in August about the always controversial Dokdo islets. The exhibition will include photos of Dokdo’s natural environment, including its geological features and plant life.

It also plans to put on the “Heritage Fashion Show,” which will put on display traditional Korean garments so people can witness how the clothes have kept their beauty as they were modernized and incorporated into everyday wardrobes.

The cultural administration will also make documentaries of cultural heritage sites and artifacts - including Seokguram Grotto, Changdeok Palace and the Joseon Dynasty - to distribute them to the nation’s elementary, middle and high schools, so students can more easily learn Korean culture.

*The special exhibition on Changdeok Palace runs from June 28 through Aug. 28 at the National Palace Museum of Korea. Admission is free. The museum is open from 9 a.m. to 6 p.m. Tuesdays to Fridays. And 9 a.m. to 7 p.m. on Saturdays, Sundays and holidays.

The photo exhibition of the Dokdo islets will run from Aug. 8-19 at Daejeon Government Complex.

“Heritage Fashion Show” is scheduled for Oct. 2 at Gyeongbok Palace. Details will be announced at a later date.