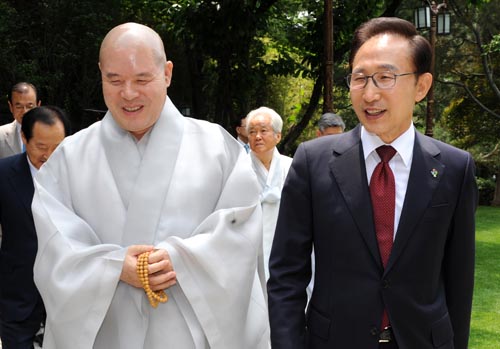 President Lee Myung-bak, right, talks with the Venerable Jaseung, left, at the Blue House before hosting a luncheon with officials from the Korean Council of Religious Leaders, yesterday. The relationship between the government and Buddhists leaders has improved immensely since the Jogye Order announced last week they will lift its ban on government officials visiting temples nationwide. [Joint Press Corps]