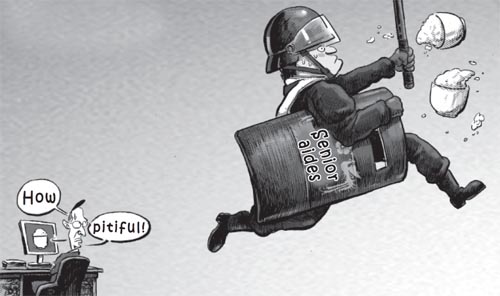 Blue House senior officials in charge of political and civil affairs hurriedly stepped into the ongoing turf war – which Koreans dub a “fight over a bowl of rice” – between the prosecution and the police over investigative rights after their boss chided them for idleness.