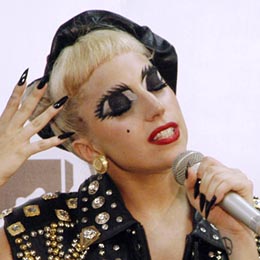 The complaint, filed in a Michigan court on Friday by 1800lawfirm, says the star, Universal Music Group and the Bravado International Group lacked transparency surrounding the amount of money that was raised from sales of the wristbands and whether 100 percent of those funds were allocated to earthquake and tsunami victims.

After the earthquake and tsunami disasters in March 2011 that devastated Japan, Lady Gaga created the rubber wristbands, and the singer’s Web site advertised that all proceeds from sales of the wristband would benefit victims.

The white rubber bracelets were sold for $5 and inscribed in red with the phrase, “We pray for Japan” in English and Japanese.

“While we commend Lady Gaga for her philanthropic efforts, we want to ensure that claims that ‘all proceeds will be donated to Japan’s earthquake relief efforts’ are in fact true,” said one of the plaintiff’s lawyers, Alyson Oliver, in a press release.