Pride and prejudice in the prosecution

Pride and prejudice in the prosecution 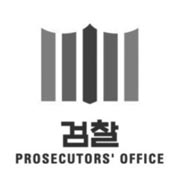 The John F. Kennedy administration was comprised of the smartest and most elite talents from Harvard and Yale, so how did they get into one of the most serious fiascos in the history of the United States? American writer and journalist David Halberstam begins his book, “The Best and the Brightest,” by answering this question before investigating how the United States got involved in the Vietnam War.

With Korean prosecutors once again in crisis, I started thinking about the very same question. How did the prosecutors get themselves into this situation when they are arguably the most elite group in the country? How did they lose their credibility?

The prosecutors must have felt desperate. They must have thought hard about how they could show their sincerity to citizens. They claimed that there has to be a means of controlling police investigations in order to protect human rights, and their argument is convincing to a degree. But they’ve crossed a line. Top prosecutors tendered their resignations to protest the National Assembly’s revision of the investigative powers of prosecutors and the police, and they went beyond their authority and the principles of the Constitution.

We cannot be assured that such an unbelievable failure of judgment will not happen again just by appointing a new prosecutor general and replacing top prosecution officials. A similar misjudgment is likely to happen again because the fundamental causes lie within the culture of the prosecution and the group psychology of the prosecutors. Their mentality is best illustrated by a phrase that prosecutors like to say that shows the great pride they take in their position: “I am a prosecutor of the Republic of Korea.”

But pride should be limited to the fight against evil in the name of social justice. If they use their pride to highlight the dominance of their authority, they are misusing and abusing their power. When their arrogance is combined with the exclusivity of their organizational culture, catastrophe ensues.

A prosecutor’s job is making inquiries into crime and punishment. At the same time, they must not forget that they, too, are standing trial in front of the public. If there is no apparatus to monitor their operations, the current crisis will only be repeated. When the prosecutors have the will to do their duty and make sincere efforts to reinvent themselves, they will finally be able to reclaim the public trust.

*The writer is the deputy editor of national news at the JoongAng Ilbo.