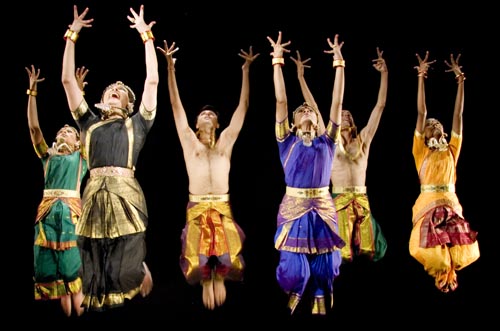 Saturday to Aug. 21: This series was organized to provide teenagers with opportunities to enjoy classical music with their parents. Each day - Aug. 6, 7, 13, 15, 20 and 21 - features different artists and orchestras, including the Gangnam Symphony Orchestra, Suwon Philharmonic Orchestra, Rising Start & Youth Orchestra and others. The program includes works by Tchaikovsky, Beethoven, Rossini, Grieg and other famous composers in music history.

Tuesday: Renowned conductor Chung Myung-whun leads the Seoul Philharmonic in a preview concert prior to the orchestra’s European tour. The program includes Mussorgsky’s “Pictures at an Exhibition” and Tchaikovsky’s Symphony No. 6, “Pathetique.”


DANIEL BARENBOIM AND THE WEDO

Aug. 10 to 12, 14 and 15: Israeli conductor Daniel Barenboim and his youth orchestra, the West-Eastern Divan Orchestra consisting of artists from Palestine, Israel, Jordan and other Middle Eastern countries, will play in the upcoming Beethoven Symphony Cycle at the Seoul Arts Center (Aug. 10 to 12 and 14).

Barenboim will then conduct a separate concert on Liberation Day (Aug. 15) to promote peace on the Korean Peninsula. The WEDO was formed by Barenboim in 1999 for a peaceful resolution of the Arab-Israeli conflict. The orchestra will play some of its Beethoven symphonies, with soprano Jo Su-mi joining the performance.

Aug. 16: The world-famous Australian soft-rock group Air Supply is visiting Korea seven years since its last visit. This year is the legendary group’s 36th anniversary. The program includes hits such as “Making Love Out of Nothing at All,” “All Out Of Love,” “Good Bye” and “The One That You Love.”

Saturday: Top Indian dancer and choreographer Mallika Sarabhai, an artist who stages original works integrating classical and contemporary dance as head of the Darpana Dance Company, presents “India - Then, Now and Forever.” Sarabhai is also active as a speaker and engaged in activities on behalf of Indian women’s rights and the advancement of social education.

To Sunday: This is an English-language musical for children based on the story of “Beauty and the Beast”, produced by Theater Seoul.

Theater Seoul has produced English-language musicals since 2005 and won acclaim for its musical “Choon-hyang” at the Edinburgh Festival in Scotland.


TRAVELLING THE HISTORY OF SOUND

Tuesday: Seoul Metropolitan Traditional Music Orchestra presents a concert for teenagers to give them a greater sense of traditional Korean music and culture.

The repertoire includes different versions of the traditional Korean folksong “Arirang” from the regions of Jindo and Milyang, a demonstration of the Dragon King dance (Cheoyongmu) and other seminal works.

Aug. 11 to 14: This concert offers a mix of Korean and Western music. Songs like “Think Of Me” from the musical “Phantom of the Opera” and “Gwanghwamun Love Song” by Korean singer Lee Moon-sae will be performed by various artists including the Seoul Metropolitan Traditional Music Orchestra.

The audience will also get a free glass of makgeolli, Korean rice wine.

Friday and Saturday: The Naksan Beach Summer Party is known for its ability to engage well-known Korean pop music artists.

The theme of the festival is “Hihinaknak,” which means “rejoicing” in Korean.

Friday to Sunday: Pentaport’s lineup has suffered somewhat since Jisan came onto the scene, but it still offers big names as well as a more underground, indie feel. It is popular with music fans and isn’t on the same weekend as Jisan, so die-hard music fans will be able to got to both.

This year, evergreen rockers Korn will headline the festival and will be joined by English indie-dance-punk-rockers the Ting Tings and !!!, a dance-punk band from California. The Plain White T’s will also be on hand to play their hit “Hey There Delilah.”

Pentaport is also known as a showcase for underground Korean bands, too. No Brain and Vidulgi OoyoO will be there.

The festival site, Incheon Dream Park, is a former landfill and is only 20 miles from downtown Seoul.

Friday to Aug. 13: This festival, one of the top in the nation, has been bringing plays by international theater companies to Korea since 1989.

This year, 42 groups from 10 countries including Belgium, Slovakia, Russia, India, Spain, Germany and China will present their works.

The city of Geochang is also known for its picturesque scenery and is surrounded by the well-known Jiri, Deogyu and Gaya mountains.

Performances take place in outdoor theaters in and around Suseungdae, Geochang, South Gyeongsang.

Saturday to Sunday: This festival offers performances by various bands as well as an outdoor screening of the French nature documentary “Oceans.” There is also a bar with refreshments available for purchase.

To Aug. 13: This festival is held at the Alpensia Resort, a ski resort famous for its location in Pyeongchang, which is aspiring to host the Winter Olympics. The festival is a draw for classical music aficionados, featuring a range of music by world-class artists.