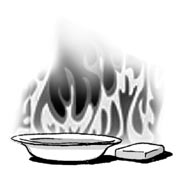 The sense of alienation that Londoners expressed last week from the city they call home after spontaneous rioting erupted in Tottenham is difficult to fathom. But Charles Dickens may have captured the main gist of it when he described London’s slums in the weekly magazine “Household Words” back in 1850.

“If you are blindfolded and brought here, how many Londoners would realize that this is not far from downtown London? How many would believe that all things living and dead exist on the dirty streets and breath stinky air in the dumpster and crumbling buildings?”

A class of urban poor sprang up in England during the industrial revolution, when laborers commonly toiled for 18 hours a day to make their living. Saving the poor was a national task. However, the New Poor Law legislated in 1834 could not meet its goal. The legislation reflected the complaints of the middle- and high-class that the state’s assistance produced lazy citizens at the bottom of the social spectrum. Instead of receiving money from the government, the poor were offered menial factory jobs, which quickly led to the exploitation of the labor force.

Charles Dickens’ classic novel “Oliver Twist” (1837) is known as a fine piece of social criticism shown through the prism of a young boy who survives life at a miserable workhouse. Perhaps the key scene is when Oliver famously begs for more food and is unceremoniously booted from the factory. The book is a dark portrayal of 19th-century England, which is when the Salvation Army was organized to bring some relief to poor by offering them soap and soup.

The situation had not improved much in the early 20th century, as Jack London found when he wrote “The People of the Abyss” in 1902. He exposed the struggle of the poor after sleeping on the streets of the capital’s East End.

As riots have spread over England in recent days, experts blame the sense of deprivation felt by the urban poor as a result of economic and social polarization. In the 21st century, cities have become prosperous in a way Dickens never experienced. As economies develop, the desire to spend becomes ever greater and the gulf between rich and poor is more widely felt.

Korea’s situation is not so different from England’s, where store windows were destroyed and notebook computers looted. Young Englishmen broadcast the riots on social network services like Twitter. And there is a danger it could spread further.