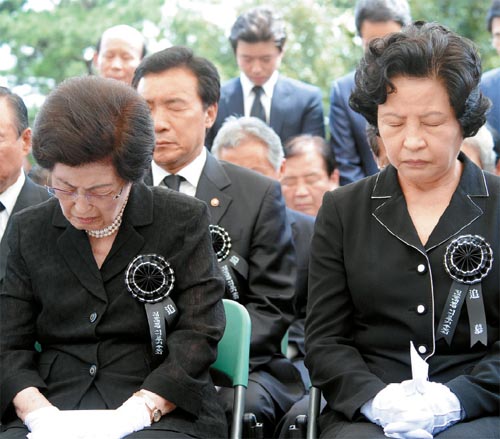 Lee Hee-ho, left, widow of the late President Kim Dae-jung, prays at a memorial ceremony yesterday to mark the second anniversary of the president’s death at the National Cemetery in Dongjak-dong, Seoul. Joining Lee was Kwon Yang-suk, right, widow of the late President Roh Moo-hyun. Meanwhile, busts of the two former presidents were unveiled yesterday at the headquarters of the Democratic Party. [NEWSIS]