The clear crime in evidence collection

The clear crime in evidence collection 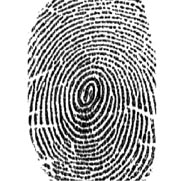 It was Czech physiologist Jan Evangelista Purkyne who discovered the individual differences in fingerprints and classified them into nine types in 1823. Later, a more scientific study on fingerprints was done by Francis Galton, a cousin of Charles Darwin. Galton published a book entitled “Fingerprints” in 1892, in which he categorized the three basic fingerprint patterns: the arch, the loop and the whorl. His classification system is still used today.

Since fingerprints are unique to everyone and never change, fingerprinting has been used as a means of identification since ancient times. Sometimes, fingerprints are used to determine the authenticity of artworks. In 2009, the painting “Young Girl in Profile in Renaissance Dress” was proven to be an original when it was found to contain the fingerprints of Leonardo da Vinci. Three years earlier, scientists at the Anthropology Research Institute at Chieti University in Italy had reconstructed da Vinci’s fingerprints by analyzing over 200 partial prints taken from documents handled by the Renaissance master.

Fingerprints are especially useful in criminal investigations. Galton’s interest was in using fingerprints to find criminal offenders. His fingerprint classification system was first used to solve a crime in a case in 1892. That year, a six-year-old boy and a four-year-old girl were found murdered in a cottage in a coastal village in Argentina. The mother of the victims, a woman named Rojas, named her lover as the killer, but the bloody fingerprints left on the door revealed that Rojas herself was the culprit.

Today, DNA and voiceprints are used along with fingerprints in forensic science. But the problem we face now is that evidence collection methods are still subject to human error. Among the 81,705 sets of fingerprints analyzed for criminal investigations in the last three years, 49 percent were gathered improperly and therefore became useless. That means we still have a long way to go in our use of science to solve crimes.