Sheen looking like a ‘winner’ as studio dispute nears end

Sheen looking like a ‘winner’ as studio dispute nears end 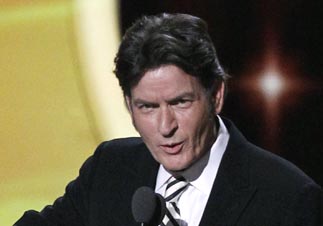 LOS ANGELES - Former “Two and a Half Men’’ star Charlie Sheen and the studio that fired him are drawing closer to a deal to end their legal dispute.

According to a person familiar with the talks, Sheen and Warner Bros. were near an agreement but still at work on it Monday.

Calls to Sheen’s attorney were not returned. In a statement, the studio said no deal had been reached and declined to make any further comment.

Sheen filed a $100-million lawsuit for wrongful termination against Warner after his firing, which followed bitter public tirades directed at the studio and the show’s executive producer.

A judge ordered arbitration in the case, with a status report set for December.

The Los Angeles Times reported that final touches are being put on a deal that would give Sheen about $25 million to settle out of his contract.

Sheen was the highest-paid actor in television, with a per-episode salary reported to be between $1.2 million to $2 million.

His clash with producers cut short the CBS series last season that is the highest-rated comedy on U.S. television.

“Two and a Half Men’’ returned to the air on Monday with Ashton Kutcher joining the cast as a new character. He plays an Internet billionaire who decides to buy the house that had been owned by Sheen’s now-deceased character.

In a recent turnaround, Sheen has been making conciliatory gestures toward his former show.

Appearing at Sunday’s Emmy Awards as a presenter, he addressed the “Two and a Half Men’’ cast and crew, saying: “I wish you nothing but the best for this upcoming season.’’

In an interview with Matt Lauer on “Today’’ last week, the actor known for his hard-partying life said he did not know how to “put out the fire’’ when he was axed and began a manic round of media appearances talking about “tiger blood’’ and “winning.’’