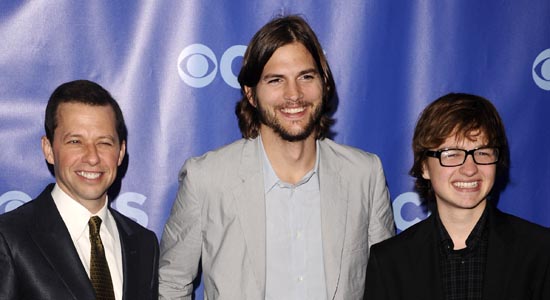 LOS ANGELES - A record audience of 27.7 million watched “Two and a Half Men” bury Charlie Sheen and introduce Ashton Kutcher in an all-time series high audience for the lucrative CBS comedy.

After months of headlines following Sheen’s bitter exit from the most-watched comedy on U.S. television, Americans tuned in on Monday in bumper numbers to see the funeral of Sheen’s womanizing bachelor character Charlie Harper, according to viewership figures from audience tracker Nielsen. The figure was more than double the audience for the 2010 season opener and more than any episode in the show’s first eight seasons with Sheen in the starring role.

Monday’s season premiere of “Two and a Half Men” crushed the opening of “Dancing With the Stars” on rival ABC.

Reviews for Kutcher’s debut on “Two and a Half Men,” playing a heartbroken Internet billionaire with a penchant for walking around nude, were kind and suggested that the series - a cash cow for both CBS and program makers Warner Bros television - was far from dead.

“Kutcher’s performance was good, nearly as poker-faced fine as Sheen’s was .?.?. Kutcher will probably prove just as skilled,” wrote Entertainment Weekly’s Ken Tucker. TV Guide’s Matt Roush said that judging by first impressions the revamped show will “survive both Charlies just fine for at least a little while longer.” The Los Angeles Times called the premiere “a promising beginning,” adding that “Kutcher brings a softness to a series that could be brittle and sour, misanthropic and misogynistic, and temperamentally middle-aged.”